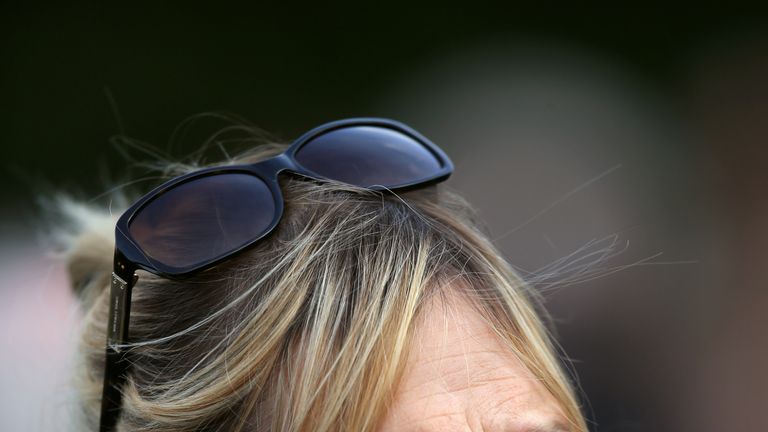 Emma Lavelle reports Irish Prophecy to be in tip-top condition ahead of the bet365 Gold Cup at Sandown on Saturday.

The Wiltshire trainer has had the long-distance handicap chase on the final day of the season in mind for several months.

Irish Prophecy was given a break after winning at Taunton in November and had a warm-up outing over hurdles in Ascot last month to step up for his assignment.

“This has been very much the plan for him since he won at Taunton,” said Lavelle.

“He went to Ascot for a prep run over hurdles which was lovely and he ran a super race. It was just to get a run under his belt.

“He’s in great order. I think he will love the ground. The trip is an unknown, but I suppose it is for a lot of them. I’d like to think he’d run a big race.

“He doesn’t want the ground too soft, so he’s had a lovely mid-season break. His prep run at Ascot has hopefully set him up for this.”

Caroline Bailey does not think the expected quick ground will be a handicap to Crosspark, though his welter weight could be.

“He’s got top-weight so it’s going to be tough,” said the Northamptonshire trainer.

“He has run quite well on top of the ground, but he was lower in the handicap. Whether he’ll be quick enough, I don’t know, but he’s in good form and he’ll do his best.

“He’s consistent, the trip will be fine. He doesn’t have to have soft ground. It’s just the way the winter’s been. He was second in a Scottish National when I nearly pulled him out because it was too firm on quickish ground.

“He’s fit and well and he’ll take his chance.”

El Presente, who won the Badger Beers at Wincanton, bids to give trainer Kim Bailey a third win in this race after Mr Frisk (1990) and Docklands Express (1991).

“He’s fine after Ludlow – it was very much with the idea of getting him back after his break during the winter,” he said.

“It’s certainly been our view to go here after he won the Badger Beers. Whether he’s good enough is another matter, but that’s always been the plan.

“He’s got conditions in his favour on a right-handed track, so the rest of it is in the lap of the Gods.”

Potterman was runner-up to El Presente at Wincanton and has been absent since unseating his rider in the Ladbrokes Trophy at Newbury in November.

“He obviously hasn’t run since Newbury, but it was always the plan to give him a winter holiday,” said his trainer Alan King.

“He’s back I think in very good form and I’ve always thought he’s marginally better going right-handed – some of his best form is at places like Market Rasen and Wincanton.

“He was in the Scottish National, but with the right-handed thing in mind, we thought we’d keep him back for this.

“I hope he can run well. It’s obviously the furthest he’s been, so we’ll see.”

Plan Of Attack bids to become the first Irish-trained winner since Michael Hourigan’s Church Island in 2010.

The eight-year-old is with Henry de Bromhead, who has picked up the biggest prizes at Cheltenham and Aintree this spring.

“He seemed to be going well (when falling at Cheltenham) and all I can tell you is Rachael (Blackmore) is very keen to go over and ride him. I wouldn’t be a great tipster myself, but she seems keen,” said the County Waterford handler.

“It’s three-miles-five and I suppose, like we saw with Minella Times in the National, this guy hasn’t really been tried over this kind of trip.

“We’ve always thought it might suit him and we’re hoping that we get improvement for that extra trip.”

Christian Williams is double-handed with Cap Du Nord and Kitty’s Light, whose long-term target has been this race.

“This has been the plan with Kitty’s Light since the Badger Beers,” he said.

“He’s only a baby, so we gave him a couple of runs in all-weather bumps for experience and went to Kelso then as a prep for this.

“If you put a line through Cap Du Nord’s last run over hurdles you’d give him a chance.

“He’s run to a good level in good staying chases this year, so I’d be hopeful he’ll run well.

“He’s improved all season. He obviously pulled up at Kelso, but that can happen with chasers back over hurdles. You try to exploit their mark, but we won’t run him over hurdles again as it didn’t work for him.

“We look forward to running the pair of them.”

The Young Master, who was victorious in 2016, is one of two runners from Neil Mulholland’s stable along with Doing Fine.

“Both horses seem fine. They have both got good course and distance form,” he said.

“They have been there and done it. I’m hoping they run a good solid and respectable race, but life is getting tougher now they are getting older.”