Almost two years to the day since the 2019 World Cup final at Lord’s, England played their first ODI at the ground since that famous game, with capacity crowd at Home of Cricket treated to another thrilling, if not quite as close, encounter as hosts wrap up series win over Pakistan Ben Stokes returned to the scene of his 2019 World Cup heroics, captaining England to series-sealing win over Pakistan

In some ways, England’s latest ODI at Lord’s couldn’t have been more different to their previous one at the iconic venue.

Saturday’s game was far less significant than that spellbinding World Cup final almost two years ago; the England XI – bar stand-in skipper Ben Stokes – was unrecognisable from the one that took the field against New Zealand on that unforgettable day; and the not-so-close finish meant those watching still had fingernails left this time around.

But, in other ways, it was extremely similar.

Fans trundling down from St John’s Wood underground station with their hampers in tow. Morning drizzle causing a delayed start. A packed crowd. The team batting first getting a working total in the 240s. England completing a victory that earned them a trophy. A thrilling Wimbledon final going on simultaneously (Novak Djokovic vs Roger Federer back then, Ashleigh Barty vs Karolina Pliskova this time).

The concluding stages of the World Cup final may never be eclipsed on a cricket field in terms of drama, even if Stokes ran them close with his mind-bending, match-winning Ashes knock at Emerald Headingley later in that glorious cricketing summer.

But, if you recall, that 50-over showpiece was something of a slow burn before it developed into a cracking crescendo that featured a deflected six that should have been five, a Super Over, and England pipping the Black Caps by “the barest of margins”.

A slow burn on Saturday, though, it was not.

Having been denied cricket for 90 minutes by the frustrating mizzle and subsequently seeing the game trimmed from 50 overs a side to 47, the crowd at Lord’s – the first capacity crowd at an ECB-staged match since the coronavirus pandemic began – were treated to a thrill ride.

Dawid Malan and Zak Crawley, who made unbeaten half-centuries in Cardiff on Thursday as a Covid-altered England trounced Pakistan by nine wickets, were dismissed for ducks inside five overs.

Malan snicked Hasan Ali behind sixth ball having been severely tested by the Pakistan seamer for most of the first five, while Crawley was out to the first delivery he faced as Shaheen Shah Afridi pinged the stumps with a delicious dipping yorker that flew under the batsman’s blade.

A score of 21-2 after 4.1 overs rocketed to 118-2 after 17.2, however, with Phil Salt and James Vince – who was in England’s World Cup squad two years ago but did not play in the final – finding the fence in the manner the currently isolating Jonny Bairstow and Jason Roy have been doing for years. 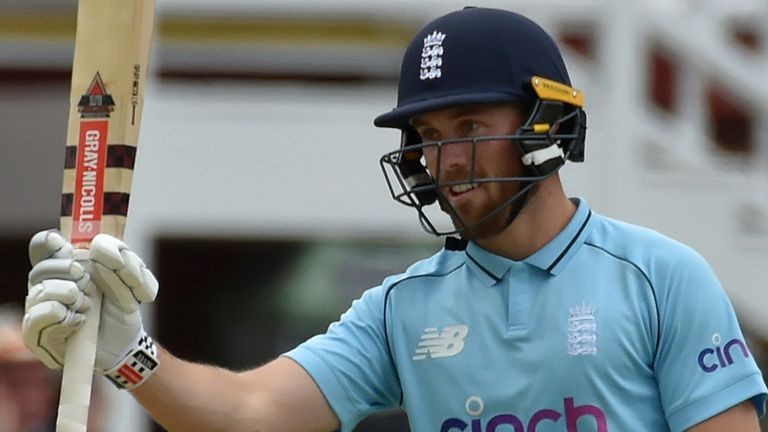 Salt – who overturned a caught-behind dismissal on 10 before being dropped at backward point a few balls later – attacked almost everything, nailing two fours off Afridi in the first over and four off Faheem Ashraf in the eighth as he went hell for leather in just his second England game.

The Sussex batsman moved through to a 41-ball maiden ODI fifty but that was outdone by Vince, who creamed a 36-ball second ODI half-century during a third-wicket stand of 97 from just 80 balls.

But, as the breathless action continued, back came Pakistan, with Salt, Vince, Stokes and John Simpson having their stumps struck and Craig Overton edging behind as England were reduced to 160-7 and the tourists delighted their numerous, and highly vocal, fans in the Lord’s stands. 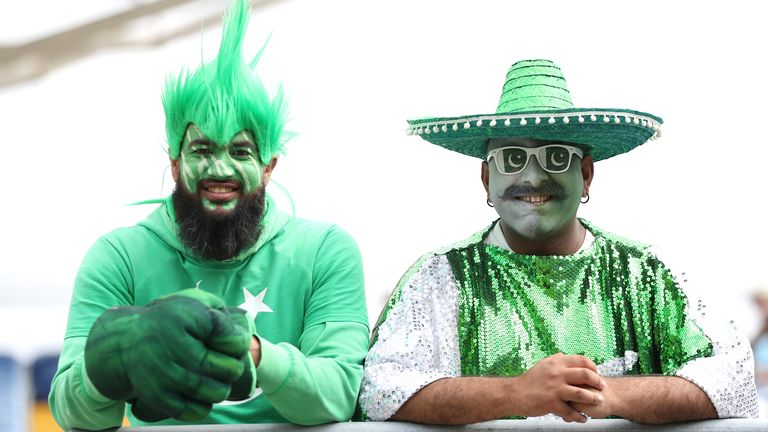 Pakistan fans were as passionate as ever at Lord’s

Stokes – called back into international action with England’s initial ODI squad having been confined to their hotel rooms in Bristol after a Covid outbreak – reignited memories of his sparkling innings in the World Cup final by reverse-sweeping his fourth ball for four and pulling his 11th for six.

The all-rounder, playing his 100th ODI on the same ground as his most memorable, was then bowled on the charge by the livewire Hasan, who ended with figures of 5-51 from 9.2 overs.

Once Hasan had Overton out on review, Pakistan would have expected to polish off the England innings soon after, only for the hosts to add a further 87 runs from that point, with the majority of them coming in a 69-stand between Lewis Gregory and Brydon Carse for the eighth wicket.

At one stage it looked as though, rather fittingly, England may match the total of 241 scored by both themselves and New Zealand in the World Cup final, but Mahmood dashed a nerd’s dream scenario by striking a four off Haris Rauf with the home side on 240-9.

England’s total of of 248 proved plenty good enough as while they had been able to rally from 86-4 in the World Cup final, Pakistan were unable to rally sufficiently from 53-4 and eventually slid to 195 all out as Gregory backed up his contribution with the bat by taking three wickets and Mahmood, Overton and Matt Parkinson struck twice apiece. 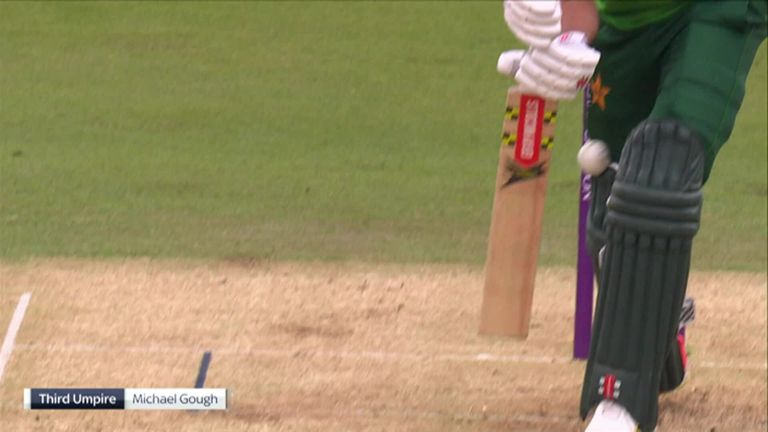 Saqib Mahmood showcased his skills once again, including when he trapped Pakistan captain Babar Azam lbw

The excitement, then, did not come from a close finish but from players who weren’t set for as much as a look-in before Covid hit the initial ODI group showing their skills in front of an army of supporters.

Mahmood following his 4-42 during the demolition job in Cardiff two days earlier with another electric display of seam bowling, which included dismissing Babar Azam once again, as he further pushed his Ashes claims. 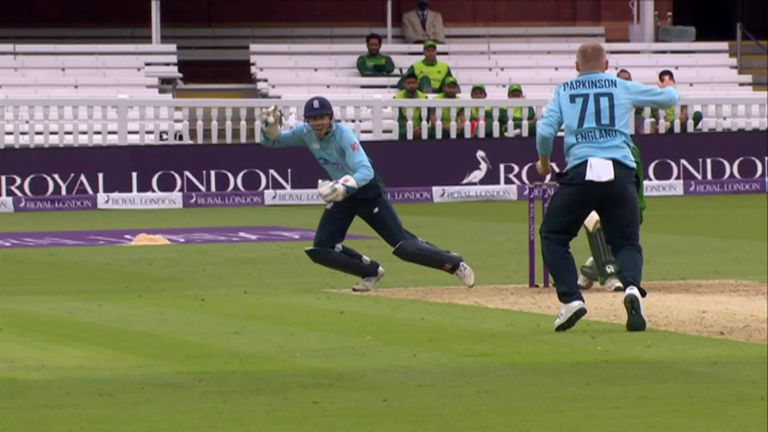 What a catch! Wicketkeeper John Simpson showed brilliant anticipation to catch Faheem Ashraf on the sweep at Lord’s

Mahmood, Simpson, Gregory and Carse’s achievements, as well as those of Salt and Vince earlier in the day, plus Hasan marmalising three sixes in a row off Parkinson, were made all the better by a bellowing crowd appreciating them.

The supporters were in fine voice all day and often belting out renditions of Three Lions, Don’t Take Me Home, and Sweet Caroline, just like England’s football fans will be doing across London at Wembley on Sunday evening.

Exciting cricket back at Lord’s in front of a full house. Let’s never, ever take that for granted again.

Watch the third and final ODI between England and Pakistan, at Edgbaston, live on Sky Sports Cricket from 12.30pm on Tuesday.