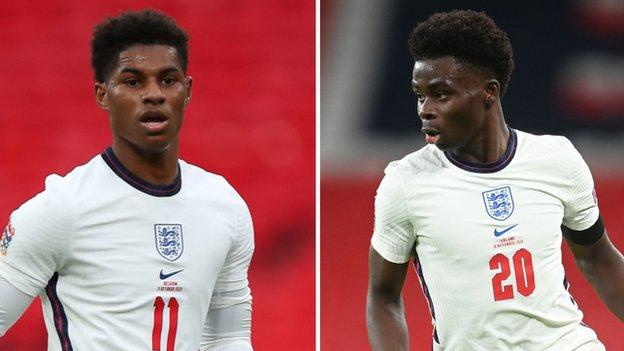 Both players missed Thursday's 5-0 win against San Marino at Wembley.

Rashford, 23, joined up with Gareth Southgate's squad despite carrying a foot injury and will return to United after further assessment.

Saka, 19, had not linked up with the group because of a hamstring injury.

Three Lions boss Southgate had been hopeful the pair would be fit to be involved but it has been decided they will not be fit enough to feature in this round of international fixtures.

England travel to Tirana to face Albania in their next Group I qualifier on Sunday (17:00 BST) before hosting Poland at Wembley on Wednesday (19:45 BST).