England’s Rory Burns and New Zealand’s Matt Henry salute Edgbaston fans as 18,000 return to the ground on day one of second Test; Burns disappointed to fall short of another century but hails Dan Lawrence’s flair as Essex batsman rallies England late in the day in Birmingham 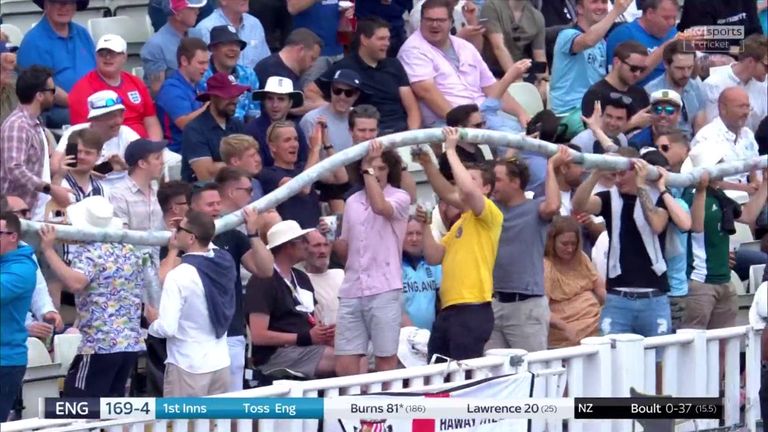 It’s fair to say the Edgbaston crowd enjoyed their return to Test cricket, including when this beer snake was formed!

​​​​England’s Rory Burns believes the Hollies Stand crowd at Edgbaston is arguably the best in world cricket as fans returned to the ground in their droves for day one of the second Test against New Zealand.

Up to 18,000 fans are permitted at the Birmingham venue this week, with many situated in the Hollies Stand, which is renowned for its vocal, party atmosphere.

Supporters at Edgbaston on Thursday saw Burns (81) and Dan Lawrence (67no) help the hosts close on 258-7 and both Burns and New Zealand seamer Matt Henry hailed their presence.

“It was brilliant. The Hollies Stand is impressive, as good as it gets definitely in this country and possibly in world cricket. The atmosphere was brilliant,” said England opener Burns.

Henry, who picked up the wickets of Dom Sibley (35) and Joe Root (4) as New Zealand reduced England from 67-0 to 175-6 before Lawrence led a late rally, added: “Special mention to the crowd, they were fantastic.

“The Hollies Stand was just electric all day. They were phenomenal, you can see the excitement of everyone getting back into cricket and into stadiums. It was some impressive energy.” 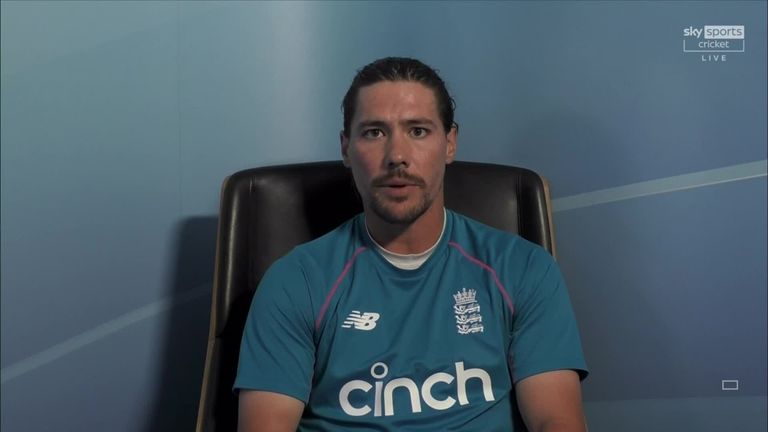 On his ninth Test fifty, which followed his third Test hundred in the drawn first Test at Lord’s last week, Burns added: “It would have been nice [to score another century], but I fell slightly short.

“To back up the runs at Lord’s with another good score is something I’m pretty happy with, but I’m disappointed not to get it home and hear my name sung a little bit louder.”

“What I liked hearing from him was, telling everyone that he ‘assessed the situation’ and then decided what shots were best to play in those conditions,” said Holding.

“It reminds me of the approach of Sir Viv Richards. Everybody knows that Viv, batting at number three, wouldn’t watch the cricket, except the first over or two. 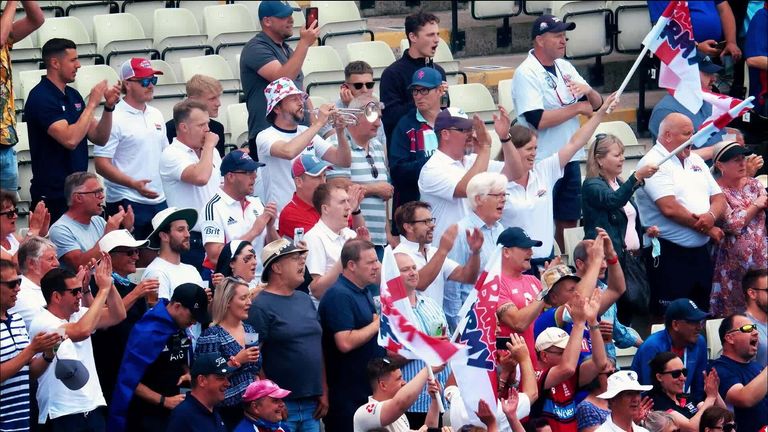 Watch The Late Cut from the opening day at Edgbaston as 18,000 fans returned to the venue

“He wanted to assess the conditions out there, wanted to see what the bowlers were doing – how much bounce, how much movement – and then in his mind he’d tell himself what shots he wanted to play before going and relaxing.”

Burns’ tally of 10 boundaries was eclipsed by Lawrence’s 11, with the latter sharing a stand of 47 for the seventh wicket with Olly Stone (20) and an unbroken 36 for the eighth with Mark Wood (16no).

Burns added of Lawrence: “It was good to watch, wasn’t it? Loz played beautifully. He enjoys his flair and some of his shot-making was brilliant. Hopefully he can keep going.

“I was watching inside with Sibs (Dominic Sibley) and he hit a punchy cover drive. It was a dot in the end but I was like ‘what a shot that is’. 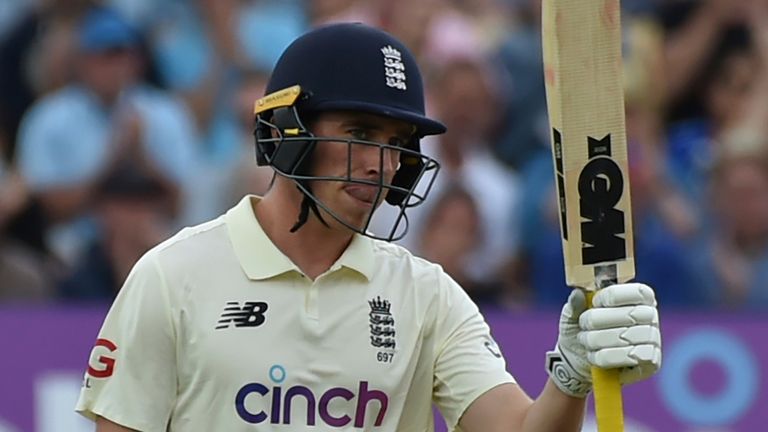 Lawrence is unbeaten on 67 after day one in Birmingham

“How he played there and how he managed to be so fluent on that kind of surface was really impressive. It was slightly two-paced and lent itself to a good old-fashioned day of Test cricket.

Lawrence had made a duck in his sole innings at Lord’s but rebounded at Edgbaston with his third Test fifty, following half-centuries in the subcontinent over the winter.

Sky Sports’ Rob Key added: “You saw Lawrence grow and, from here, he can get better and better. He looked nervous as anything at the start but, all of a sudden, we saw the cover drive, the leg-side flick, how good he can be.

“He looks like a very good player. It was important he spent time out in the middle in front of a crowd in England and we have seen some decisiveness in his footwork.

“He will now feel that he’s in a good position to kick on, because of that time spent in the middle.

“That is what this young batting line-up needs, to get through the first half hour. Then you can start showing how good you are.”

Watch day two of the second Test between England and New Zealand, at Edgbaston, live on Sky Sports Cricket from 10.15am on Friday.