“Everything is built towards planning on being competitive at a World Cup”; England lost the first ODI to India and will lose their No 1 ranking if they are swept by Virat Kohli’s side but Eoin Morgan is focused on the bigger picture 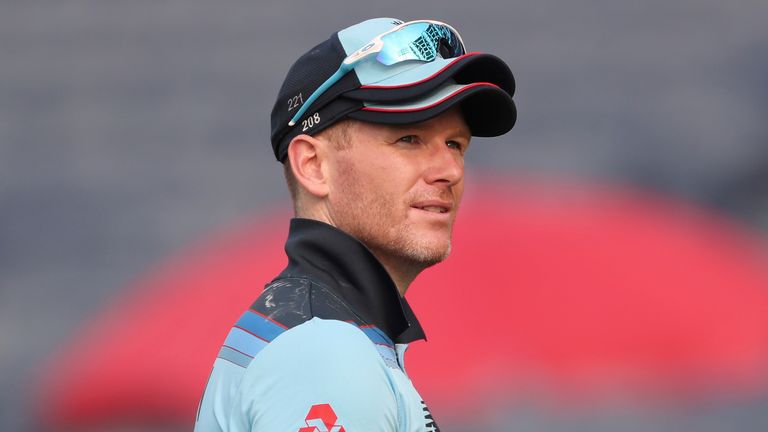 Eoin Morgan is unconcerned about the possibility of England losing top spot in the one-day international rankings as the limited-overs captain revealed he is a doubt for his side’s next match against India in Pune due to injury.

India won the first of three ODIs between the top two ranked nations, with England unable to capitalise on Jonny Bairstow’s dashing 94 from 66 balls as they collapsed from 135-0 to 251 all out to lose by 66 runs.

A clean sweep would lead to England being usurped from the No 1 position they have held in the table for much of the last three years, but a typically pragmatic Morgan is unfazed at the prospect as he sees the bigger picture.

He said: “We don’t guard it at all, it’s not something that we talk about in the changing room. Everything is built towards planning being competitive at a World Cup and trying to improve our skills over that period of time.

“It’s about building a group of players that hopefully will bring something really top quality in a World Cup.

“We’re already at the stage where we can compete but obviously building on top of that and tweaking as we go along is a hugely important factor because you become exposed to different situations.

“Then you gain points of reference the whole way along your journey and try to re-engage with them if you experience them in a World Cup situation.”

England’s defeat was compounded by injuries to Morgan and Sam Billings. Morgan required four stitches on his right hand after splitting the webbing between his thumb and index finger while in the field.

Billings landed awkwardly on the left shoulder he had previously dislocated, necessitating surgery which ruled him out of England’s triumphant 2019 World Cup campaign, and it was revealed he had sprained his collar bone joint.

Both were able to bat in England’s doomed pursuit of India’s 317-5 but the injuries place a question mark over their availabilities for Friday’s penultimate encounter.

“It’s two different instances; when you have a split webbing, fielding is a concern and with Sam, l anding while he’s fielding. We’re going to wait a while and to give us as much time as needed.” 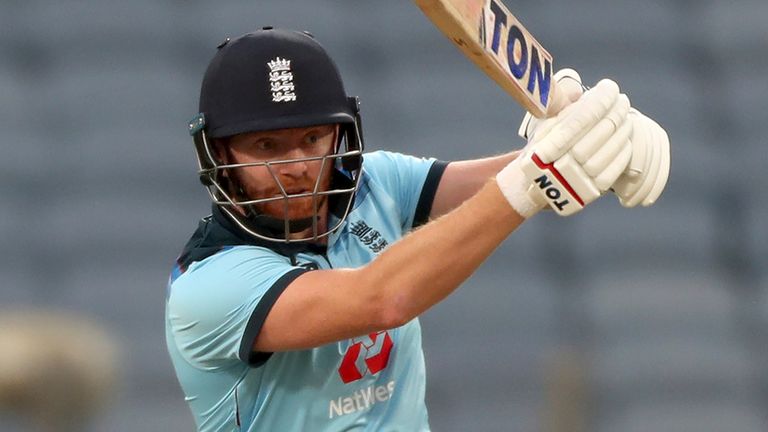 Bairstow and Jason Roy (46) laid the foundations with an explosive opening partnership but they were ultimately bundled out in 42.1 overs – and while Morgan accepted England were below-par, he was enthused by their intent.

He said: “We were all playing attacking, positive options which is a nice insight into the mindset of guys, the way they play. If we were all getting out plodding or playing defensively, there would be a bigger issue.

“I really think we’re a dangerous side to play against, particularly the way we went about our business for the majority of the game. If we’d have played really well and been on top form we’d have chased that total down in no time. But that wasn’t meant to be.”

Shikhar Dhawan was twice dropped en route to 98 while Virat Kohli contributed a typically fluid 56 before India lurched from 169-1 to 205-5, but Krunal Pandya’s 26-ball fifty – the fastest by an ODI debutant – helped the hosts finish their innings with a flourish.

Krunal finished unbeaten on 58 from 31 balls in an unbroken 112-run partnership in the last nine and a half overs alongside KL Rahul (62 not out off 43 deliveries) before cutting short an emotional television interview then embracing his brother Hardik, also in the side. The Pandyas’ father died in mid-January. 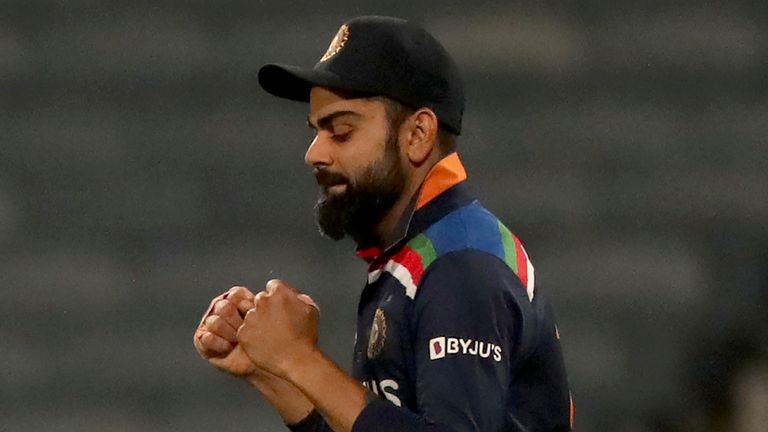 Amid Bairstow and Roy’s onslaught at the start of England’s chase, Shreyas Iyer suffered a “subluxated” shoulder – a partial dislocation – while fielding which is likely to rule him out of the rest of the series.

India, though, weathered the storm from England’s vaunted openers and Prasidh Krishna, on his international bow, was the pick of the home side’s attack with 4-54 as he recovered from being overwhelmed early on.

Captain Kohli said at the presentation ceremony: “This is one of our sweetest victories in our recent past. It is right up there purely because from 135-1, getting nine wickets is simply outstanding.

“I am a really, really proud man. The team showed great character and intensity.”