Essex star Simon Harmer was unavailable for South Africa during Kolpak deal in county cricket but is now an overseas player and eligible for Proteas once again; spinner says ‘it does open the international cricket door once again but there is a lot more to it than a simple decision’

Essex spinner Simon Harmer is unsure whether he will return to international cricket with South Africa, saying his future plans will probably come down to “business decisions”.

​​​The 32-year-old has taken 250 wickets for Essex across the previous four seasons having effectively ended his career with South Africa by signing a Kolpak agreement with the Chelmsford club in 2017.

Harmer – who had been linked with qualifying to play for England – is now on an overseas deal at Essex with Kolpak contracts, which gave sportsmen from countries with associate trade agreements with the European Union the same rights as EU workers, terminated following Brexit.

That has opened up the possibility of the bowler playing for the Proteas, for whom he made five Test appearances in 2015, taking 13 wickets at an average just below 30 with a best of 4-61.

Speaking to Sky Sports News on the eve of the County Championship season, Harmer said: “It does open the international cricket door once again but there is a lot more to it than a simple decision like that.

“The ambition has always been to play international cricket again and under the Kolpak ruling I had forfeited the right to play for South Africa.

“But I am 32 now and it is boiling down to more of a business decision. I need to make sure I am making hay while the sun shines, so to speak, and maximise my earning potential while I can.

“I think county cricket offers me that but obviously there are some tough decisions to come.” 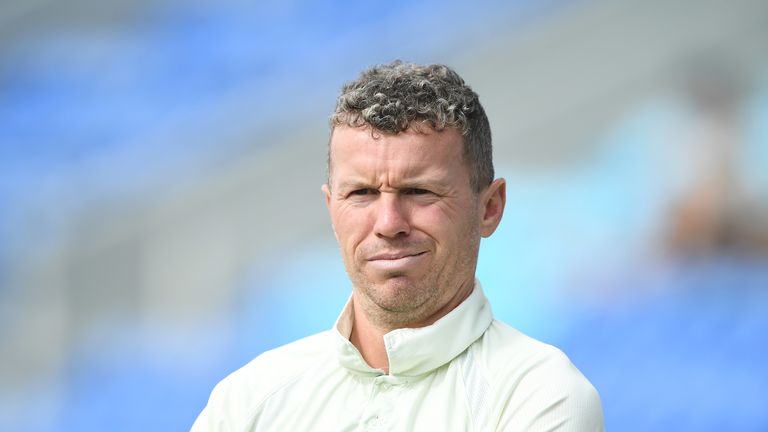 Harmer – who has helped Essex win three red-ball trophies in the last four years, the County Championship in 2017 and 2019 and then the Bob Willis Trophy in the truncated 2020 season – is setting his sights on playing beyond the age of 40.

The spinner also feels his county are in a strong position to win red-ball silverware again this campaign, which they will start in a group alongside Nottinghamshire, Worcestershire, Durham, Derbyshire and Warwickshire.

He said: “I definitely want to play for as long as I can.

“Guys like Ryan ten Doeschate and Marcus Trescothick have played to 40 and beyond [in county cricket]. I feel if I can look after myself there is no reason I can’t do that.

“We are obviously confident we will be able to defend our titles. The club has got an extremely strong youth structure – a lot of the players who take to the field have come through the academy.

“We have had some good signings in the last few years, like Peter Siddle, and built up a strong squad.”

On veteran Australian seamer Siddle, who took 221 wickets in 67 Tests for the Baggy Greens, Harmer added: “The club has always been good at signing good characters and Sids is one of those guys.

“He is one of the good guys in cricket. He brings that to the changing room, always helping the bowlers and younger guys. On the field, he is extremely accurate and looks after himself. You can always depend on him. “