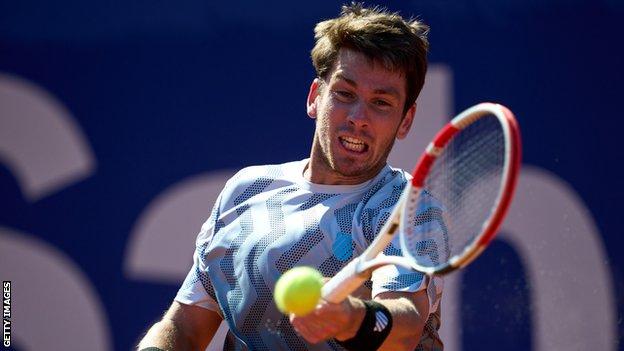 Norrie, who came through a three-hour match in Portugal on Thursday, beat the 22nd-ranked Chilean 3-6 7-5 6-3.

The British number two received treatment on his left wrist after the first set but rallied to register his 17th win of the season and reach a second semi-final of the year.

He will face sixth seed Marin Cilic of Croatia for a place in the final.

Norrie, who is ranked 28 places below clay-court specialist Garin, is seeking a first ATP Tour title.

He previously reached the quarter-finals of the Barcelona Open, where he lost to eventual champion Rafael Nadal.

"I think it is one of my best wins ever on the clay," Norrie told Amazon Prime.

"I held my nerve and then played some of my best tennis of the week."