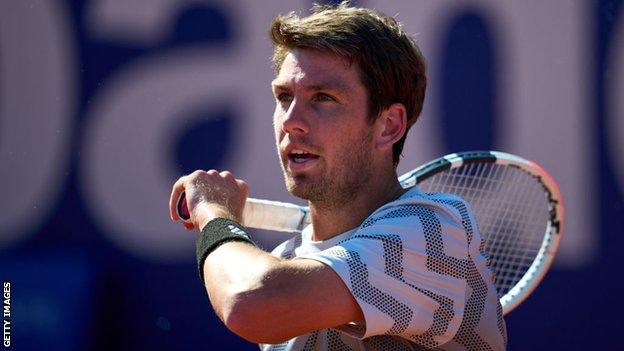 The 25-year-old had beaten second seed Cristian Garin and former US Open champion Marin Cilic, but clay-court specialist Ramos-Vinolas was too good.

Norrie's run will see him move into the top 20 of the ATP Tour's annual race.

Norrie has won 18 matches in an impressive 2021 season, placing him joint-third alongside Jannik Sinner – and only behind Stefanos Tsitsipas and Andrey Rublev (26) – in terms of most ATP Tour wins this year.

Norrie, who is ranked 50th in the world, led by a set and a break before 46th-ranked Ramos-Vinolas fought back from 40-0 down to recover the break in a marathon game at 2-1 in the second set.

More errors started to flow from Norrie's racquet as his opponent levelled the match and the Briton needed treatment for a foot injury after going a break down early in the decider.

Immediately afterwards, he broke back and the pair held serves to force a final-set tie-break decider.