In December, when European leaders approved a €750bn COVID-19 EU recovery package, the announcement was hailed as a transformative moment in Poland and Romania.

This ‘Next Generation EU’ fund, will be used by member states to address the economic and social impact of the pandemic, whilst ensuring that their economies undertake green and digital transitions.

In the eastern bloc, where the cost and health impacts of our dependence on coal and gas have been hotly debated since the Communist era, citizen-led campaign groups have sprung to life, lobbying decision-makers to achieve climate neutrality.

Fast forward to today, and after some robust campaigning, Poland and Romania have now submitted their draft National Recovery and Resilience Plans (NRRP), informing Brussels of how they intend to spend their COVID recovery cash.

Poland, as it stands, is set to receive a staggering Є58.1 billion in recovery monies, and Romania Є29.2 billion.

Yet climate neutrality is an impossible destination from the current plans. On inspection, we found that the submitted plans of both countries constitute a menu of existing, and failed, policies. No thought has been invested into the climate emergency. Instead, the plans resemble a rehashing of the old, prioritising investment in fossil fuels and ignoring the impending crisis we face. If the European Commission approves the plans, then Poland and Romania will both fail to meet their climate or greenhouse gas emissions targets and kill any possibility that the EU will achieve climate neutrality by 2050.

This suggests, then, that the Green New Deal — the EU’s bid to become climate neutral by 2050 — is dead on arrival in Romania and Poland. Neither country is prepared to wean itself off its coal addiction, nor provide a firm deadline for its transition away from this as a lead energy source.

Poland, already, has set out plans for the biggest expansion of fossil gas usage in the EU. It wants to become the bloc’s third-largest gas-generating country and triple its current use of this energy, by 2030. Romania, too, has committed itself to Є600m of new gas investments, in what it mislabels as a shift towards “transitional” fuels.

It has become clear that, rather than addressing the climate crisis, Romania and Poland will use these crucial recovery funds to intensify fossil fuel extraction. Very little funding will be allocated to renewable energy production, such as wind and solar farms. In Romania’s case, wind already generates 12.4% of the country’s electricity, and both countries have huge potential to expand this, via access to seashores on the Baltic (Poland) and Black Sea (Romania).

But countries have shown themselves intractable – and this is particularly frustrating considering the promises of their respective governments on the subject of climate change.

It is also curious, when poring over the details of their plans, to see that hydro projects remain in play as an alternative source of energy. In Poland, already, there are a series of projects that would result in damming up rivers, under the guise of “flood and drought protection”. And in Romania, comparable activities have been discussed with little thought for the impacts they will have on the country’s natural environment. In Romania, in particular, the idea seems to be to build dams and inject public funds into the country’s water management authority, Apele Române, and its satellite operations. For a country marred by a legacy of corruption, the proposals do little to instil confidence in a cleaner, and more transparent, administration beyond the pandemic.

While other countries are switching from car and plane, to more environmentally friendly and faster offerings, in the form of trams and trains, Romania’s unambitious plan foresees electrification of a mere 427 kilometres, with a chunk of funds instead going towards building more public highways. In Poland, the focus is towards the Solidarity Transport Hub Poland (CPK), a government mega-project aimed at the construction of a new, built-from-scratch airport with anywhere between two and four runways initially, and a railway system to support onward transport. In other words, investments in rail will support new air transport – the worst form of transport for emissions.

If Europe’s Green New Deal is to survive, the European Commission must reject or amend the existing proposals. It cannot countenance a rehashing of failed policy, particularly given Poland and Romania’s standing as some of the largest net recipients of EU funds.

With 93% of Europeans of the view that climate change is a serious problem, and 92% demanding climate neutrality across the bloc by 2030, they have the public will on their side. Distributing recovery funding is an opportunity for EU leaders to win back the trust of their citizens, and to put Europe’s values at the heart of their policy. If we are to “build back better”, as Ursula von der Leyen has repeatedly said, we must be prepared to be bold, act in response to the challenges we face, and invest in our future. 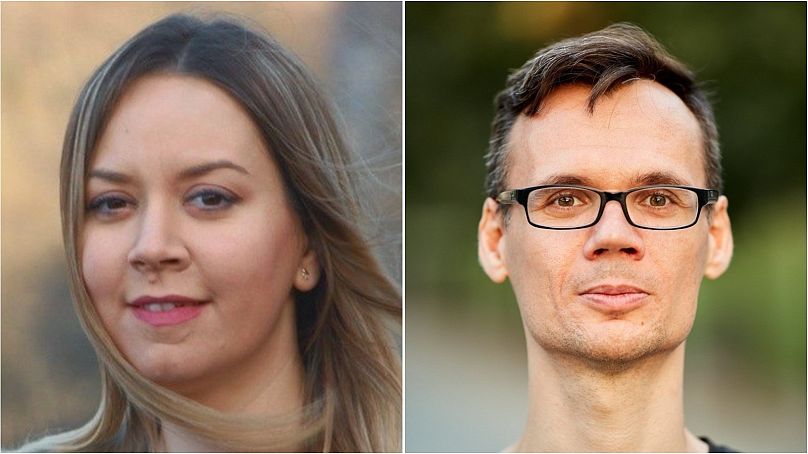