After a controversial squad selections, positive Covid tests, vaccination wranglings and the creation of a parallel training bubble, finally getting their Euro 2020 campaign under way against Sweden in Seville on Monday will probably come as light relief for Luis Enrique and his Spanish side.

Everything seemed to be going to plan, with Spain following protocols to the letter, until they got unlucky.

It all began when Sergio Busquets found out one of his relatives had tested positive for coronavirus. He had not been with that relative for five days beforehand but nonetheless was obliged to pass on the information to the appropriate authorities.

He played against Portugal in a friendly and every single test he gave during that period was negative. Eventually, after six days he tested positive. This was then followed by another positive test for Diego Llorente, which turned out to be a false positive – he has now returned to the squad – but nonetheless created more unwelcome drama.

They were just the latest elements of a turbulent build-up.

Madrid's media football lobby has always wielded immense power in Spanish football and the decision of Luis Enrique not only to overlook Sergio Ramos for the squad but also not to pick a single player from Real Madrid for the first time in living memory was always going to be a stick to beat the manager with. 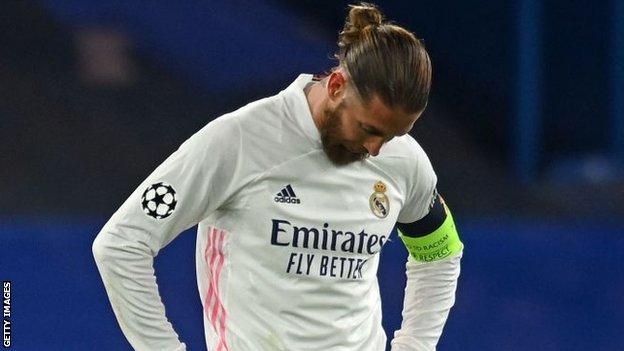 Of course what really irritated the media was the lateness of the decision – Ramos was notified the evening before the squad was announced – which was deliberately timed to prevent them from devoting endless days and headlines arguing why the Spanish legend had to be included.

Despite being allowed to pick 26 players, Luis Enrique opted for just a 24-man squad, something else that drew the ire of the press, particularly when they felt it gave him the perfect opportunity to backtrack and in a better-late-than-never move, include Ramos after all.

Twenty-four, he said, was more than enough. In fact, in a press conference he gave last Thursday he joked that perhaps he should have settled on 23 because the more players you have the more chance you have of recording a positive test.

But while sections of the media endlessly huff and puff, they clearly confuse Luis Enrique for someone who actually gives a fig.

What he believes is what he has said all along, namely that Spain have a nucleus of 35-40 players of more or less the same calibre and on current form and fitness, Ramos is not one of them.

It is just as well he has that wider pool of talent because what we saw over the past fortnight was six players having to be called up alongside the Spanish Under-21 side in a parallel training bubble.

It was the under-21s – many of whom had been dragged in off the beach where they had been enjoying their holidays – who went out to face Lithuania in the final friendly before the tournament, clinically dispatching them 4-0, while the senior squad trained individually.

A full, official international days before a major tournament with a different manager, an entirely different team and a whole raft of debuts.

It has been a surreal arrangement, with the 11 under-21s and the six players called up at the last moment bused in every morning from a nearby hotel for training and unable to meet the rest of the group, while the original 22-man squad living at Las Rozas (the federation centre) were tested at 8am every day in order that they could be cleared for training in the afternoon. 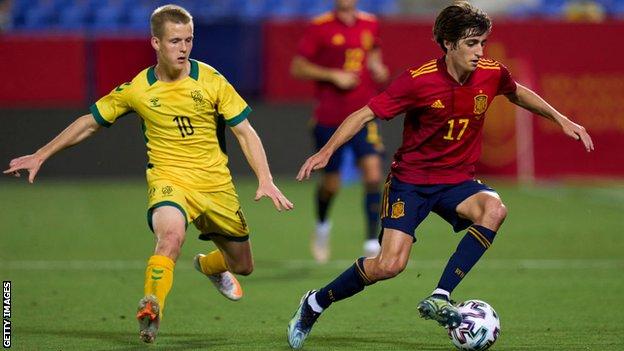 Those in the original squad had to deal with the constant fear of testing positive and the potential heartbreak of missing out on the Euros altogether. Or the unthinkable possibility of an outbreak that would run through the whole squad, something that hung heavily over everyone.

Team psychologist Joaquin Valdes and the whole of Luis Enrique's coaching staff did everything in their power to try to lift the mood and remain positive.

In his news conference after returning to the squad, Llorente spoke of being heartbroken when he was taken away in an ambulance after being told about his positive test, but was also quick to add that from adversity can come the greatest triumphs.

Now over the worst, he told the media on his return that "all of us here see a glass half full and not half empty".

"We have seen that all these things have made us stronger as a group," he said. "When someone has had to leave, we have all suffered.

"We are seeing the light at the end of the tunnel. Even mentally it can help you face these games where anything can happen in 90 minutes."

With the job of the reserve bubble complete, this weekend the players involved were given a guard of honour and a warm ovation by the 23-man senior squad as they took their leave from Spain's training facility.

As of Friday, Spain's is now a vaccinated squad, although even this has proved a tortuous and problematic process.

For the past couple of months the Spanish Football Federation has been urging the government to allow the squad to be given priority vaccination. Eager not to be seen as showing favouritism towards what some perceive as pampered footballers, the government refused – until the news about Busquets led it to relent.

But which vaccine? The last thing anyone wanted was to be vaccinated and then fall victim to the side-effects that can occur. Ultimately they decided on the one-jab Janssen vaccination for all players, other than those who had tested positive in the past – they received a single Pfizer jab.

Players are now tested every morning by 8am to ensure results are received before training starts and so, barring any more unwelcome surprises, Spain have finally got to the day of their opening match. But can they go on to win it?

Luis Enrique has never said he thinks Spain will win the Euros but then neither has he said they won't. He has always been of the view that Spain, alongside six or seven other countries in the competition, have a chance of lifting the trophy.

He is not a manager affected by pressure, at least not this kind of pressure.

If Spain win he will be a hero, while if he loses badly then you won't be able to hear yourself think for the sound of knives sharpening – none of which will bother Luis Enrique a jot.

At a recent news conference he told one journalist to ask him whatever they wanted. "After what I've been through," he said, "this is child's play."