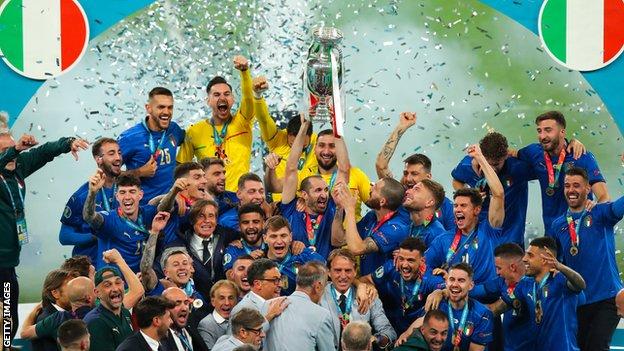 Champions Italy have five players in the team of the tournament

England's Harry Maguire, Kyle Walker and Raheem Sterling, plus five players from winners Italy, have been named in the Euro 2020 team of the tournament.

Italy beat England on penalties to win the final on Sunday.

Portugal's Cristiano Ronaldo is left out despite being the tournament's joint top goalscorer with five goals and equalling the men's international goalscoring record along the way.

There is no place for the tournament's other joint top scorer, Czech Republic forward Patrik Schick.

England left-back Luke Shaw is left out, despite impressing with three assists in the tournament and a second-minute opening goal in the final.

The technical observers chose a 4-3-3 line-up, the most commonly used formation from the tournament. 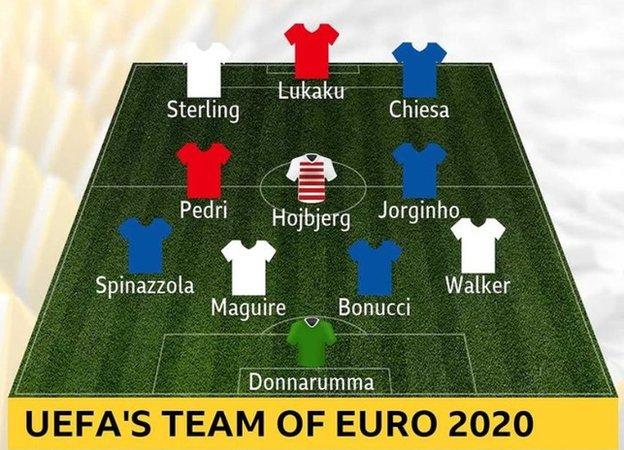 The tough questions facing Uefa: The Sports Desk team look at the problematic side of Euro 2020Will colonising Mars save the Earth?: Why Elon Musk believes it's our only hope
Source