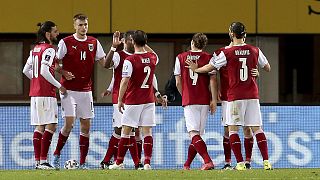 After a disappointing performance at the 2018 World Cup in Russia, Austria’s national football team also suffered a shaky start to their EURO 2020 qualification campaign.

But despite the pressure, German manager Franco Foda guided Austria safely through to this year’s tournament, qualifying ahead of North Macedonia.

In Group C, Austria will fancy their chances of finally progressing beyond the first round of the European Championships.

Star striker Marko Arnautović scored six goals in qualifying, and there is plenty of excitement around young midfielder Christoph Baumgartner, who only made his international debut in September 2020.

What is Austria’s best previous performance at a European Championship?

How did Austria qualify for EURO 2020?

What kind of form are Austria in?

Who is one Austrian player you might have heard of?

David Alaba: The versatile Bayern Munich player has won nearly every club honour with the German champions and will be a driving force for Austria on the left side of the pitch.

Who is one Austrian player who could impress at EURO 2020?

Marcel Sabitzer: The technically-gifted forward has played a huge role in the recent success of his club, RB Leipzig, and is likely to be Austria’s designated set-piece taker. 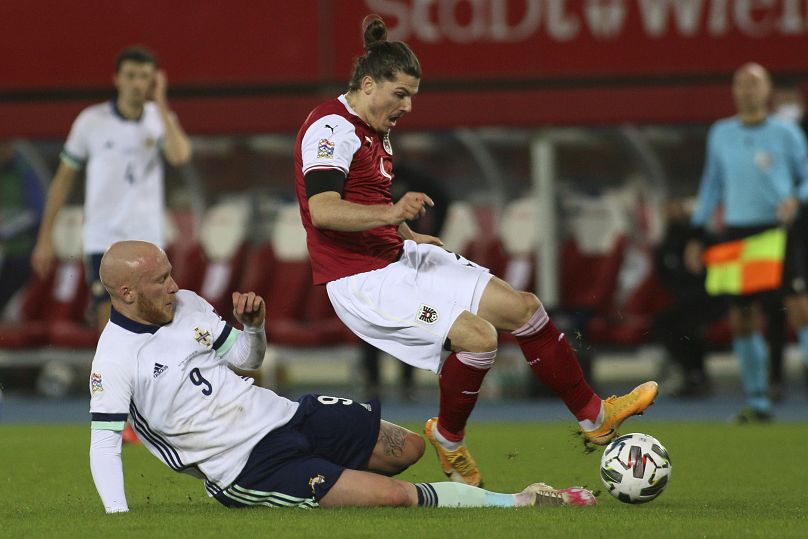 Did you know this about Austria?

Austria have failed to win any European Championship game and have not had any victory at a major tournament in over three decades, since the 1990 World Cup.

What are Austria’s group fixtures at EURO 2020?

What are the odds of Austria winning EURO 2020?