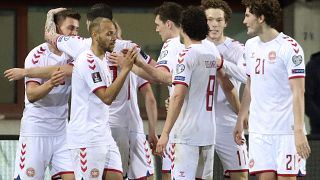 Keep an eye on Denmark at this summer’s European football championships. They are currently ranked 10th in the world — above Germany, the Netherlands and Colombia — and feature quality players across the pitch.

The national side averaged nearly three goals a game in their qualifying campaign and — ignoring a dispute involving their players union — went on an unprecedented 34-match unbeaten run from 2016 until 2019.

Under new manager Kasper Hjulmand, the Danes will be hoping to emulate their surprise win in 1992 and will play all three of their Group B matches at home in Copenhagen.

What is Denmark’s best previous performance at a European Championship?

How did Denmark qualify for EURO 2020?

What kind of form are Denmark in?

Who is one Danish player you might have heard of?

Christian Eriksen: After helping Inter Milan to their first Serie A title in over a decade, the experienced midfielder will be Denmark’s key creative force at Euro 2020. Eriksen scored five of his country’s 23 goals in qualifying.

Who is one Danish player who could impress at EURO 2020?

Yussuf Poulsen: The 26-year-old RB Leipzig forward may not be the most prolific goalscorer at this summer’s tournament, but he plays a crucial role in leading Denmark’s frontline. 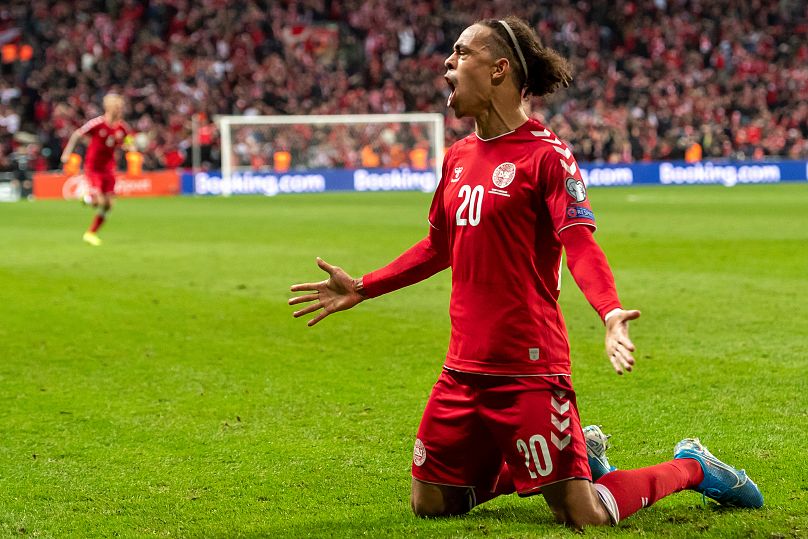 Yussuf Poulsen celebrates after scoring during the UEFA Euro 2020 qualifying match against Switzerland.Georgios Kefalas/Keystone via AP

Did you know this about Denmark?

Denmark only entered UEFA Euro 1992 ten days before the tournament began after Yugoslavia were disqualified. They surprised all of Europe by going on to defeat Germany 2-0 in the final in Gothenburg.

What are Denmark’s group fixtures at EURO 2020?

What are the odds of Denmark winning EURO 2020?