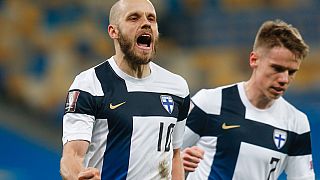 Finland are one of two debutant nations at this summer’s European football championships, alongside North Macedonia, and they have a great story to tell.

After failing to win a game in 2016, the Finnish Football Association appointed former schoolteacher Markku Kanerva as manager.

With the core of players that featured at the 2009 UEFA Under-21 European Championships, Finland soon turned their form around, and they qualified for their first-ever major tournament, finishing second in Group J ahead of Greece and Bosnia-Herzegovina.

While unfancied by many, Finland can take inspiration from the performances of newcomers at UEFA Euro 2016 — Wales and Iceland — and they could cause a shock themselves this year.

What is Finland’s best previous performance at a European Championship?

How did Finland qualify for EURO 2020?

What kind of form are Finland in?

Who is one Finnish player you might have heard of?

Who is one Finnish player who could impress at EURO 2020?

Fredrik Jensen: The Augsburg winger has scored some important goals for his country since making his debut, aged 19, in 2017. 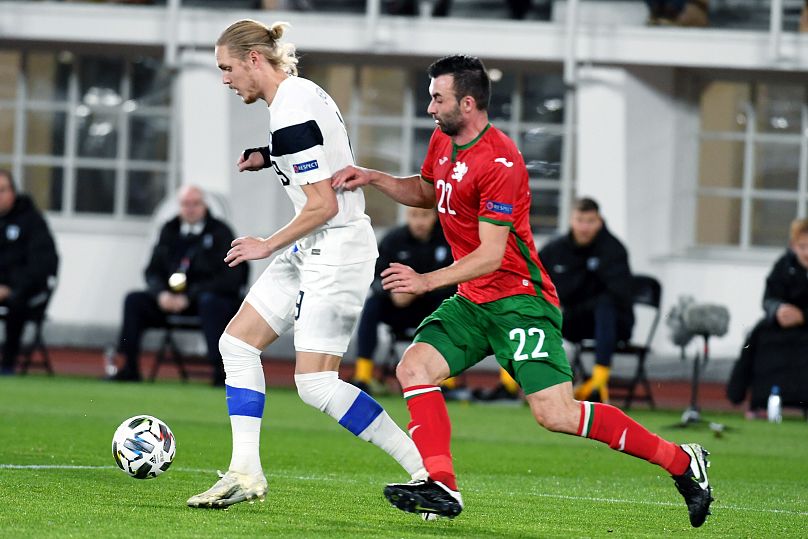 Finland’s Fredrik Jensen, left, vies for the ball during the UEFA Nations League match against BulgariaJussi Nukari/Lehtikuva via AP

Did you know this about Finland?

Only four of Finland’s players (Pukki, Jensen, plus goalkeepers Lukas Hradecky and Jesse Joronen) play in any of the top five European leagues.

What are Finland’s group fixtures at EURO 2020?

What are the odds of Finland winning EURO 2020?