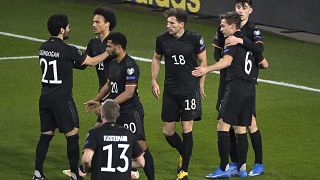 The 2014 World Cup champions have suffered disappointment at their last two major tournaments, losing to France in the semi-finals of EURO 2016, and crashing out during the group stages of the 2018 World Cup in Russia.

Since then, the squad has been refreshed. Eight of their twenty-six players selected ply their trade at Bundesliga champions, Bayern Munich.

Manager Joachim Löw led his country safely through qualification above the Netherlands and has announced that he will be stepping down after this summer’s tournament.

Germany will be hoping to give him a parting gift in their 26th consecutive major tournament appearance.

What is Germany’s best previous performance at a European Championship?

How did Germany qualify for EURO 2020?

What kind of form are Germany in?

Who is one German player you might have heard of?

Toni Kroos: One of the few remaining players for Germany’s 2014 World Cup-winning side, the Real Madrid midfielder will control the match tempo for his country once again.

Who is one German player who could impress at EURO 2020?

Serge Gnabry: The Bayern Munich forward possesses superb pace and technique, and scored eight times in qualifying to continue an astonishing goals per game ratio for his country. 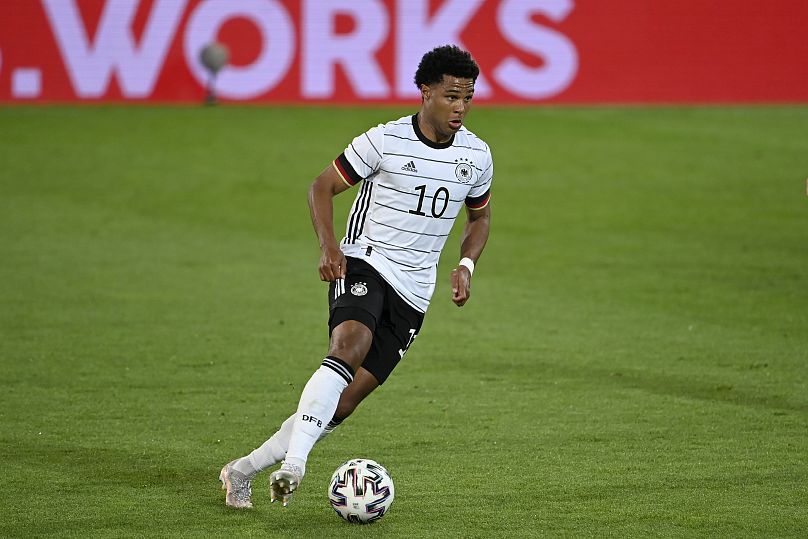 Serge Gnabry in action during an international friendly against Denmark.Frederico Gambarini/Pool via AP

Did you know this about Germany?

Germany’s Oliver Bierhoff scored the first-ever golden goal at a major international tournament to win EURO 1996 for Germany against the Czech Republic.

What are Germany’s group fixtures at EURO 2020?

What are the odds of Germany winning EURO 2020?