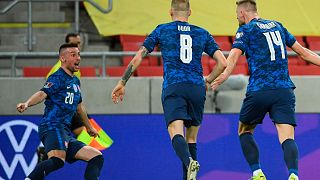 Slovakia only reached their second consecutive European Championship after two tight play-off matches against opposition from the British Isles.

After finishing third in a strong qualifying Group E, Slovakia needed penalties to defeat the Republic of Ireland in Bratislava. They then travelled to Belfast to face Northern Ireland, where a dramatic extra-time winner from Michal Ďuriš edged them to EURO 2020.

The Slovakians will be prepared for more tough fixtures this summer under manager Štefan Tarkovič, who has been a part of the national team set-up since 2013.

The squad still has plenty of tournament experience and an exciting 18-year-old midfielder in Tomáš Suslov, who has already begun turning heads at Dutch side Groningen.

What is Slovakia’s best previous performance at a European Championship?

How did Slovakia qualify for EURO 2020?

What kind of form are Slovakia in?

Who is one Slovakian player you might have heard of? 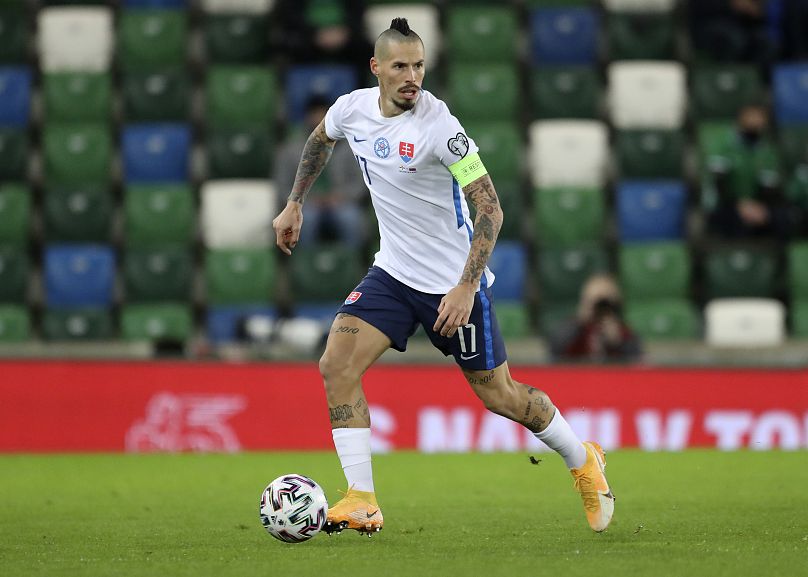 Who is one Slovakian player who could impress at EURO 2020?

Milan Škriniar: The 26-year-old defender has been a sturdy presence for Serie A winners Inter Milan and is a natural born leader for Slovakia with his strong tackling.

Did you know this about Slovakia?

Eight of the thirteen players who played in and won the UEFA Euro 1976 final with Czechoslovakia were born in modern-day Slovakia.

What are Slovakia’s group fixtures at EURO 2020?

What are the odds of Slovakia winning EURO 2020?