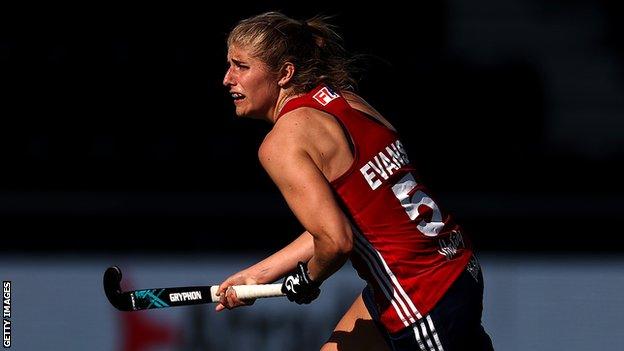 England came from a goal down to beat Ireland 5-1 at the EuroHockey Championships and keep their hopes of reaching the 2022 World Cup alive.

But England piled on the pressure with Anna Toman levelling from a penalty corner before two Sarah Evans strikes before half-time put them in control.

Giselle Ansley added another before a late Jo Hunter goal.

Victory for England over Scotland on Saturday (17:45 BST) will secure fifth place at the tournament and a place at the World Cup.

It is the first time in 15 European Championships that England have finished outside the top four.

"I'm really pleased. We were hugely disappointed not to reach the semi-finals, but this one was a big one for us," said Toman. "Now we can look forward to playing Scotland."