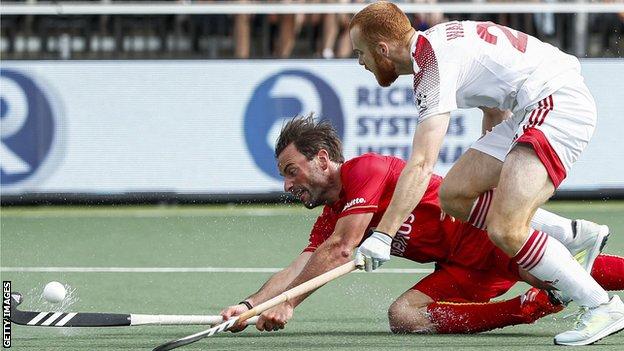 England lost 3-2 to Belgium in the battle for bronze at the men's EuroHockey Championship in Amsterdam.

Tom Boon put the Belgians ahead through a penalty stroke but Sam Ward levelled it up just after the break.

Ward pulled a goal back but the Belgians were able to control the game and they looked comfortable.