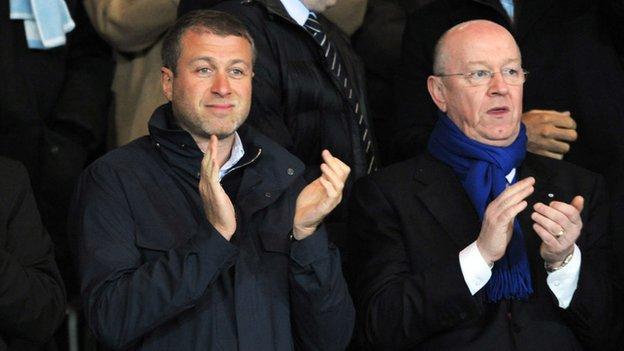 Roman Abramovich has been Chelsea's owner since 2003

Owner Roman Abramovich and the Chelsea board say they "deeply regret" the decision to join the controversial European Super League.

They were one of six Premier League clubs to join only to withdraw 48 hours later following a furious backlash.

Chelsea fans held a protest on Tuesday to make their feelings known.

"The owner and board understand that involving the club in such a proposal was a decision we should not have taken," the club said.

"It is a decision we deeply regret."

Chelsea added that the initial decision to join the Super League was taken because they did not want to risk "falling behind" their English and European rivals.

However, they said they quickly recognised that their involvement risked damaging the club's reputation.

"We have taken time since withdrawing from the ESL to speak directly the various supporter groups and listen to their views and concerns," the Blues added.

"Our ambition with Chelsea has always been to make it the best club in the world, both on the pitch and in how we work with, and give back to the community off it."