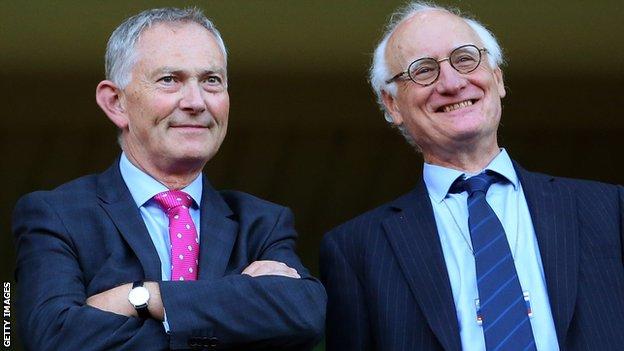 There must be consequences for the six English clubs who tried to join the ill-fated European Super League, according to former Premier League executive chairman Richard Scudamore.

He said the decision from those sides to join the controversial league had changed English football forever.

"I don't believe life will ever be the same after last Sunday," he said.

All six Premier league sides withdrew from the plans on Tuesday, 20 April, after widespread criticism and protests. It was just 48 hours after the plans were announced. Prime Minister Boris Johnson was among those who criticised the league publicly.

Speaking to Gary Neville's The Overlap YouTube channel, Scudamore, 61, who ran the top division for 19 years, added: "I think the actions of the six have altered the dynamic forever. There has to be some consequences. Things have to change.

"There is no switch you can turn that suddenly builds back trust with these people and the fan base. It is a long and difficult road back. After a period of some healing, we have to rebuild this thing.

"I cannot explain why any of them thought it was a good idea. I am the person who had been telling them for years it was a crazy idea and could not happen. What's happened in the last week is that it's been stopped and that's the right thing.

"Anyone who knows me would know I found this completely unacceptable.

"There has to be some consequences. I think something will have to be extracted by way of undertakings or attitude. I am not going to get involved about whether there should be punishments or sanctions."