Eddie Pepperell holed a long-range birdie on his final hole to move one ahead of a congested leaderboard at the British Masters, with Robert MacIntyre, Andy Sullivan and tournament host Danny Willett among the chasing pack A look back at the best of the action from Eddie Pepperell’s third round at the Betfred British Masters, where the Englishman moved into a one-shot lead

Eddie Pepperell jumped ahead of a congested leaderboard to take a narrow lead into the final round of the Betfred British Masters.

The 2018 champion holed a 40-foot birdie at the par-four last to close a four-under 68 at The Belfry and move to 10 under, giving him a one-shot advantage over the group of six players sharing second.

Overnight co-leader Robert MacIntyre and fellow Scotsman Calum Hill are among the strong contingent on nine under, with Edoardo Molinari, Adrian Meronk, Dean Burmester and Guido Migliozzi all also a shot off the pace. Robert MacIntyre is searching for a second European Tour victory

English duo Andy Sullivan and Dave Coupland are both in the group two strokes back and tournament host Danny Willett is three behind, with 21 players heading into the final day within four shots of the lead.

Pepperell followed a two-putt birdie at the third by firing his approach at the next to tap-in range, with the world No 210 responding to a bogey at the eighth by converting from 12 feet at the 12th and then holing from long range at the 14th and 18th to set the clubhouse target. MacIntyre, the highest-ranked player in the field, birdied the fifth and eighth to move into a share of the lead but bogeyed the 10th after a wayward tee shot on the driveable par-four.

The world No 45 lipped out from two feet at the par-five 15th but holed an eight-footer at the next to get within one of Pepperell, with compatriot Hill also carding a third-round 70 after finishing with three birdies in his last four holes. 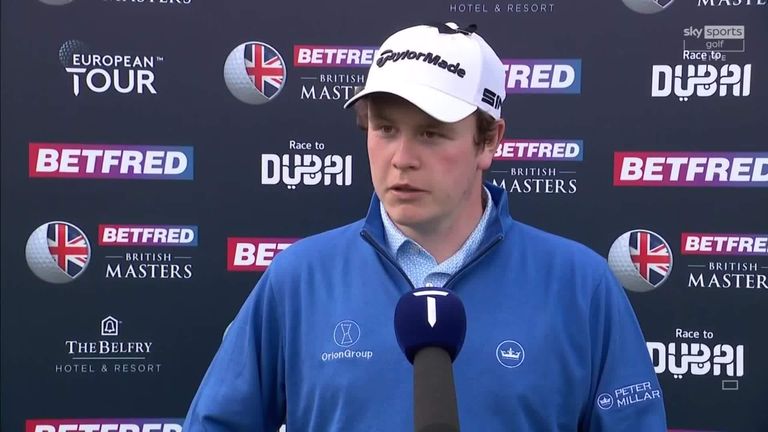 “That’s the worst it could have been, really,” MacIntyre said. “I didn’t drive it my best but kept it in play for the most part of the day. I felt I struck my irons beautifully. Gave myself so many chances.”

Former Ryder Cup star Molinari was the first to make a big jump up the leaderboard after carding seven birdies in his first 10 holes, before cancelling out a three-putt bogey at the 12th by taking advantage of both closing par-fives and posting the lowest round of the day. 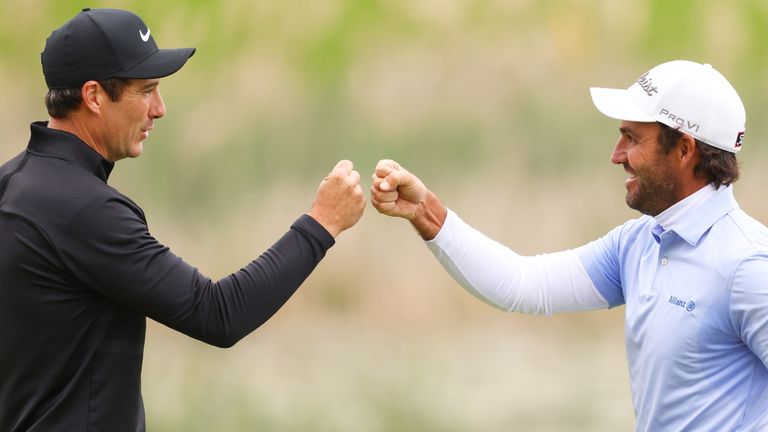 Meronk made two eagles in his round and Burmester played his last three holes in four under as they both signed for third-round 65s which put them also on nine under, Guido Migliozzi joining that group after birdieing two of his last three holes on his way to a five-under 67.

First-round leader Matthias Schwab pulled himself back into contention with a five-under 67 and reached eight under alongside Justin Harding and Coupland, who produced a three-birdie finish, with Sullivan also two off the pace despite closing his round with a bogey.

Willett birdied five of his opening six holes but then carded three bogeys in a four-hole stretch around the turn, with the 2016 Masters champion picking up shots at the 15th and 17th to stay within three of the lead. Danny Willett has carded rounds of 69, 72 and 68 over the first three days

Willett’s former Ryder Cup team-mate Chris Wood is also on seven under after five consecutive birdies on his back nine helped him to a four-under 68, with overnight co-leader Richard Bland – searching for a long-awaited maiden European Tour title – three off the pace after mixing two birdies with as many bogeys in a level-par 72.

Who will win the Betfred British Masters? Watch the final round live on Saturday from 12.30pm on Sky Sports Golf.