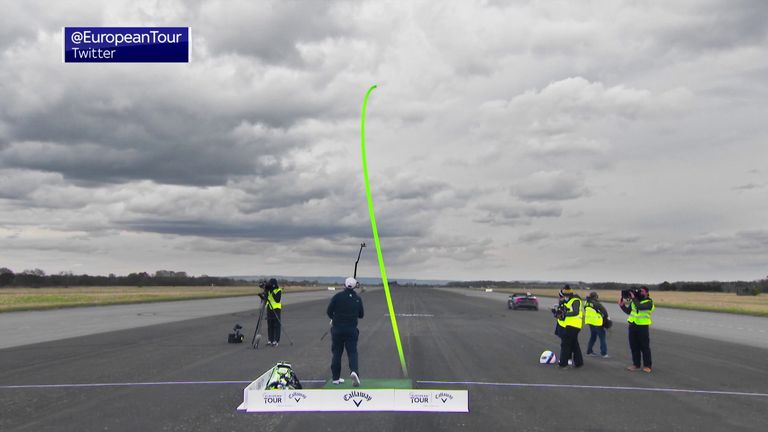 Golfer Marcus Armitage set a new world record for the longest golf shot hit and caught in a moving car at Elvington Airfield.

Hitting a long and straight drive is challenging enough on the golf course, let alone when a moving car is your target, but Marcus Armitage managed it in spectacular style on his way to breaking a Guinness World Record.

The European Tour golfer, nicknamed ‘the Bullet’, was set the task of trying to break the record for the ‘farthest golf shot caught in a moving car’ during a recent challenge at Elvington Airfield, near York.

O’Neill was driving a BMW M8 convertible down the runway and trying to catch Armitage’s drives inside the vehicle, with the pair seeing several near-misses before finally reaching their record-breaking target.

After a smashed windscreen and a successfully catch short of the record, there were wild celebrations when the pair managed to combine perfectly for a spectacular 303-yard achievement.

Click on the video above to see the highs and lows from Armitage’s record-breaking challenge!