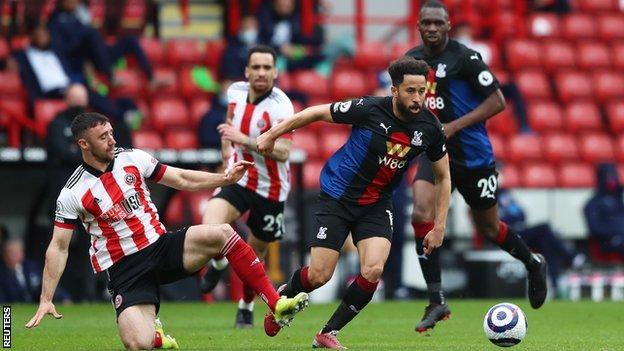 Townsend, 30, is a free agent after his contract with Palace expired in June and would boost manager Rafael Benitez's options out wide after Theo Walcott rejoined Southampton.

Ex-Stoke and Chelsea keeper Begovic, 34, would offer competition to Everton and England number one Jordan Pickford after Swede Robin Olsen returned to Roma after a loan spell last season.

Townsend, who has 13 England caps and has also played for Tottenham, QPR and Newcastle, joined Palace in 2016 and made 36 appearances last season under former boss Roy Hodgson, scoring one goal.

Begovic signed for Bournemouth in 2017 from Chelsea and has a year left on his contract.

He made 51 appearances for the Cherries last season as they reached the Championship play-off semi-finals before losing to Brentford.