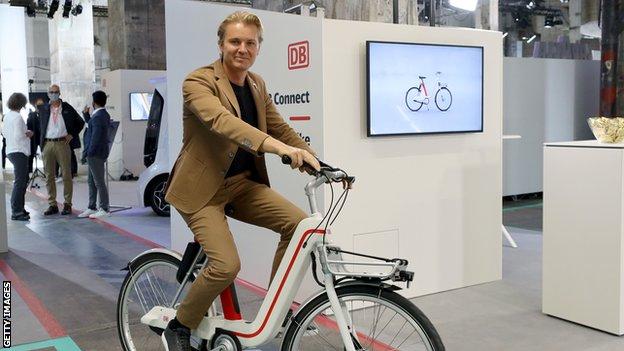 Rosberg, 35, believes football should promote important issues, such as sustainability, with F1 focusing on synthetic fuels.

The German has a team in the Extreme E climate-aware racing series, set to begin on Saturday in Saudi Arabia.

"With RXR I hope to inspire the sports world to embrace purpose much more strongly," he said.

"Take the European Championships for soccer – I think we should hope to inspire a championship like that to put purpose at its core, to use the reach they have to raise awareness for climate change," he added.

And Rosberg wants his former sport F1 to take the lead in sustainability as well as Extreme E.

"That race-to-road tech transfer helps. Formula 1 can do better and they are working on it. Synthetic fuels, for example – if they take charge of that space and really innovate, it can benefit millions of people around the world.

"But F1 has done a lot already with light materials and hybrid engines, which is the most efficient engine in world."

As Lewis Hamilton contests what could be his record eighth F1 world title, Rosberg continues to embark on a career in sustainability.

But he says his relationship with Hamilton is no longer fractious, as his RXR team prepares to go up against Hamilton's own X44 team in Extreme E.

"It would be great to replicate Lewis v Nico in Extreme E – fighting between the two cars would be awesome," he said, though the pair will not actually race in the series themselves.

Rosberg and Hamilton raced during a famously tumultuous period as team-mates at Mercedes in F1 between 2013 and 2016, which included colliding on track three times.

Rosberg beat Hamilton, 36, to the 2016 F1 world championship, having lost out the previous two seasons, then immediately retired.

"It's a very neutral relationship," adds Rosberg. "We both live in Monaco, so once in a while we do bump into each other at the shops."

As well as promoting climate change issues, Extreme E will highlight gender quality by running one male and one female driver in each team.

Rosberg has Johan Kristoffersson and Molly Taylor in the car for RXR, while Hamilton is running nine-time world rally champion Sebastien Loeb and Cristina Gutierrez.

What's Extreme E? And how will it work?How Hamilton in Extreme E can use his power and influence beyond sport 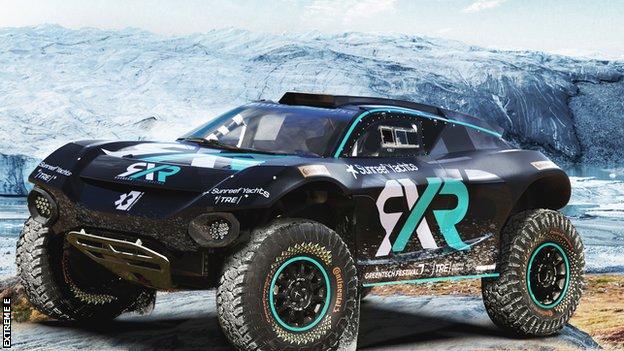 Rosberg is the third F1 driver to enter a team in Extreme E, along with Hamilton and Jenson Button
Source

Extreme E: How motorsport’s Willy Wonka plans to change the way we race