Motorsport fans will have a new series to look forward to next year, when Extreme E makes its debut.

Each X-Prix will feature an equal mix of male and female competitors, with Britons Billy Monger and Jamie Chadwick billed as some of the contenders who could take part if selected from the Extreme E drivers' programme.

Extreme E will be broadcast live across the BBC, starting in Dakar, Senegal on 23-24 January 2021.

What sort of places are they going to?

Deserts, glaciers, rainforests. The places Extreme E will go are wildly different but have a common theme – highlighting the issue of climate change and its impact on various regions around the world.

The series has consulted with ecological experts to ensure the impact of its presence in these areas will be kept to a minimum, while scientists will also travel with the teams to investigate the effects of climate change.

Transportation of people and equipment to each region will be via an ex-Royal Mail cargo ship – the RMS St Helena – which has been modified to act as a "floating paddock".

There are also plans to ensure the series leaves a lasting legacy in each of the areas it heads to, including tree-planting, clean-up operations and solar-power initiatives. 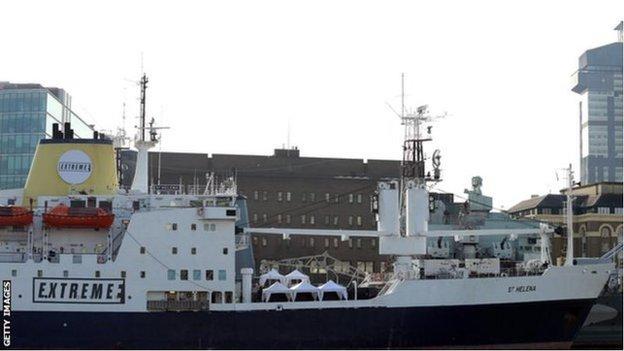 Will there be any spectators at races?

No. Instead, the whole series will be broadcast on television and streamed online, with filming done by drones, not helicopters.

Extreme E will also create documentaries on each of the races' locations to highlight the issues they face.

Qualifying takes place on day one to determine the top four runners, who will progress through to a semi-final, with the top three making the final.

The bottom four of qualifying go on to the "crazy race". The fastest team in that completes the four X-Prix finalists.

The races are over two laps of about 16km, with four teams – all made up of one male and one female driver – going head to head.

Who will be taking part? 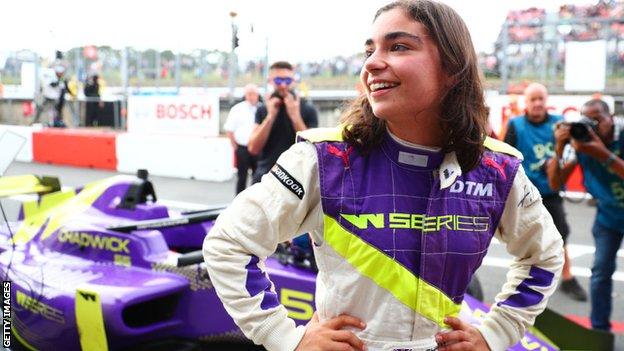 A variety of drivers from different motor racing disciplines are taking part.

As well as W Series champion Chadwick and rising star Monger being part of a drivers' programme from which they could be selected, former Formula E champion Lucas di Grassi, three-time 24 Hour of Le Mans champion Andre Lotterer and Katherine Legge, who has driven in several disciplines, including Formula E, IndyCar/Champ Car and DTM, are also signed up.

"This is a first in motor racing," said Extreme E founder Alejandro Agag. "We are ensuring with our sporting format that drivers of all backgrounds will be able to compete with the same tools at their disposal at every event on the calendar.

"We are striving for equality, and this sporting format is the truest reflection of that goal."

There are eight teams signed up with some significant names involved, including ex-Formula 1 design guru Adrian Newey who, alongside 2019 Formula E champion Jean Eric-Vergne, founded the Veloce Team.

How did it all come about?

The 49-year-old Spanish politician-turned-businessman says he was motivated to create Extreme E by the successful launch of Formula E, which is now in its sixth year and established on the motorsport calendar.

"Extreme E is only possible because of what happened with Formula E," Agag added.

"People have questioned whether Extreme E can actually happen, but less than they did when we launched Formula E. It has been key to giving us energy, and we've gained credibility."