"I can't hear a word you're saying!" he told BBC Sport's touchline reporter Kelly Somers following the full-time whistle at Wembley, after Leicester had beaten Chelsea 1-0 to secure the first FA Cup triumph in their history.

The noise was deafening – all the more significant because the attendance of about 20,000 supporters marked the first time such a large number of fans had been at a football match in the UK since the start of the coronavirus pandemic.

The roar that greeted the players before kick-off and the sound of fans signing along to Abide With Me had set the tone. "It makes you feel quite emotional," said Match of the Day host Gary Lineker as the teams came out for the warm-up.

And Youri Tielemans will never forget the noise as he smashed a shot into the top corner from 20 yards – one of the great FA Cup final goals.

"There is an East Midlands symphony ringing around Wembley and it's wonderful to hear," said Match of the Day commentator Guy Mowbray.

And there were wild scenes of celebration again – and desperation for Chelsea supporters – as Wes Morgan's late own goal was disallowed by the video assistant referee.

"What a day for everyone involved," said Leicester manager Brendan Rodgers.

"It's been such a tough year for the supporters. The pandemic has kept them out of the stadium but as we have seen today that's what it is about, the connection between the fans, players and staff.

"It was a fantastic atmosphere and I'm so happy Leicester supporters could be there to see us win it." 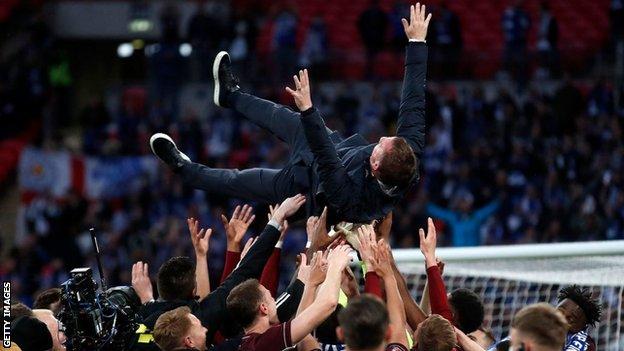 Rodgers will now hope to guide Leicester into the Champions League 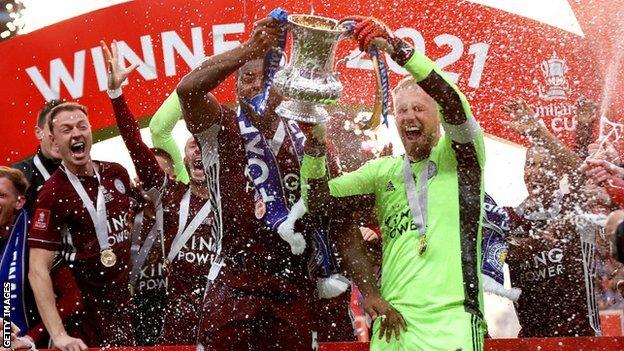 Wes Morgan was captain when Leicester won the Premier League 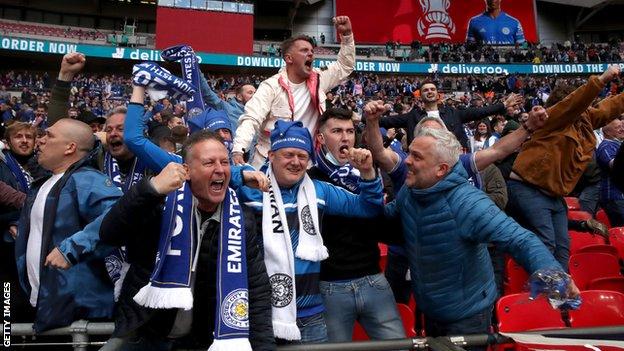 A big step forward for fans at football?

This was the latest step on the road to having full stadiums at football matches in the UK, and it is hoped there could be capacity crowds at Wembley for the latter stages of Euro 2020.

From Monday up to 10,000 fans will be allowed to attend games in the Premier League and EFL play-offs.

"The biggest event that has happened in the UK for 14 months," is what Sports Minister Nigel Huddleston called it at half-time.

"It's fantastic, the atmosphere is electric," Huddleston told the BBC. "It's great to have so many people back. You can feel and hear the atmosphere, fantastic."

And what could this mean for Wembley's chances of hosting big crowds at Euro 2020?

"The fact [the final] has taken place is a success because it's a showcase of the vaccination rollout – these events are really important, they're great in and of themselves but they're also scientific experiments," he said.

"We're looking at everything in terms of ventilation, flow of people, compliance with wearing masks and making sure people were tested beforehand, and we'll be testing after as well to see if there's any impact on transmission.

"That's the hope [having a full stadium for the Euro 2020 final], the ambition is that we get fans back in full stadiums as soon as possible. But of course we have to be careful and keep an eye on the data." 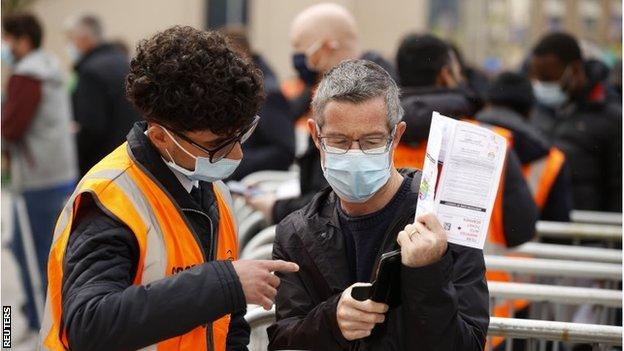