A total of 737 clubs have competed in his season's FA Cup – now just four remain.

This weekend we will find out who will make the final – the semi-finals see Chelsea play Manchester City on Saturday (live on BBC One at 17:30 BST) before Leicester face Southampton on Sunday.

Lawro's guest predictor this week is Soccer AM legend Tubes, who has been speaking to players to get their previously unheard stories around the FA Cup as part of his Lifting the Lid series with the Football Association.

Tubes is a Chelsea fan, and there was never any chance he would support anyone else.

"I'm from a big Chelsea family," he told BBC Sport. "When I was born, the first picture they took was of me lying next to [Chelsea mascot] Stamford the Lion, so I couldn't ever follow any other team after that.

"I wouldn't want to, either. My dad was a massive Chelsea fan and my mum and dad were the first people to hold their wedding reception at Stamford Bridge.

"When he died a few years ago, his ashes were scattered on the pitch. John Terry sorted it out for us, which was amazing of him."

Chelsea, last year's runners-up, are going for their ninth FA Cup triumph but it is a competition that that has already provided Tubes with plenty of moments to remember down the years.

"The first final I saw us in was 1994, when we played Manchester United," he said. "We properly went for it. Both sides of my family are Chelsea, so my uncle hired two stretch limos and 14 of us got driven to Wembley.

"We made a full day of it, and it was great going up there… but then we got spanked 4-0 by Manchester United, and everyone was just in silence on the way back."

Chelsea were back at Wembley three years later to play Middlesbrough in the 1997 final. Did Tubes and his family take limos again that time? "Absolutely not! We were not doing that again. We got the tube that time.

"That was a very different occasion though, and it was such a great day. We scored so early and we always seemed in control. I just remember the atmosphere being incredible and the point, later in the game, where I realised 'we are going to win the FA Cup'. It was amazing.

"That was the very start of our success, and the FA Cup still holds that same magic for me now. If we win it this season, I will be absolutely buzzing."

There are no replays in the FA Cup semi-finals, and the ties will be decided by extra-time and penalties.

A correct result (picking a win, draw or defeat) is worth 10 points. The exact score earns 40 points. 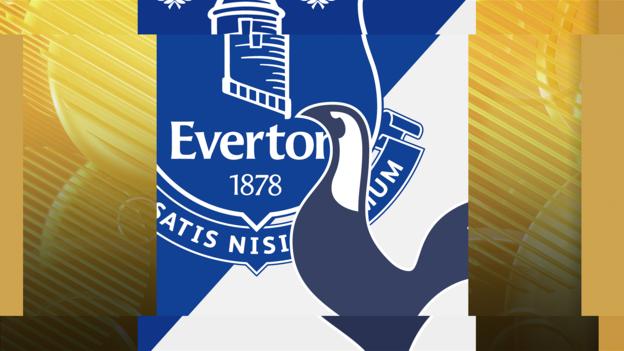 Both of these sides have lost a bit of ground recently in the top-four race.

While I don't think Everton will make it, Tottenham still have an outside chance – but Spurs are going to have to win games like this to stay in the frame. 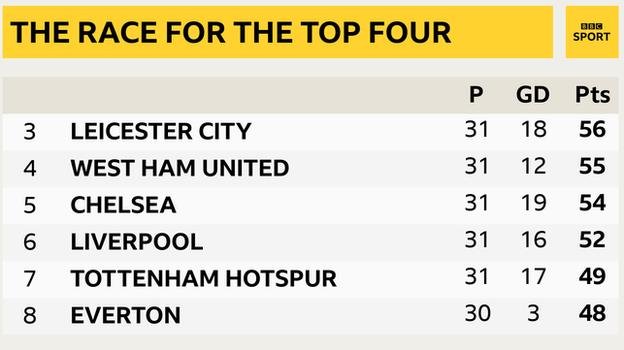 Manchester City are top with 74 points, followed by Manchester United in second place with 63 points. After that, eight points separate the next six teams

Normally I would fancy Everton to come out on top in a game like this at Goodison Park but their form there has been really poor recently.

Tottenham have lost their way a little of late too, and they look far from solid at the back. They do have the firepower of Harry Kane and Son Heung-min, though, and they might make the difference here.

Tubes' prediction: As a Chelsea fan thinking about the top four, I want a draw. 1-1 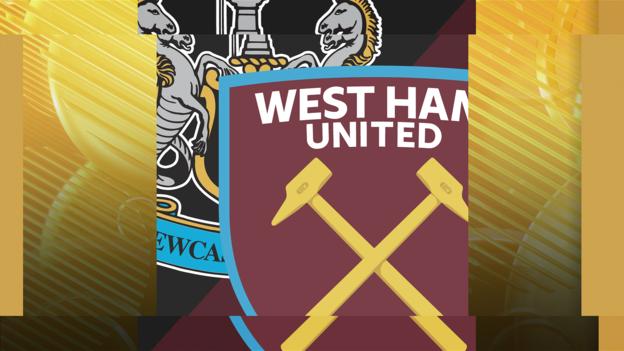 Last weekend's win at Burnley was massive for Newcastle, who now have a bit of breathing space above the bottom three. 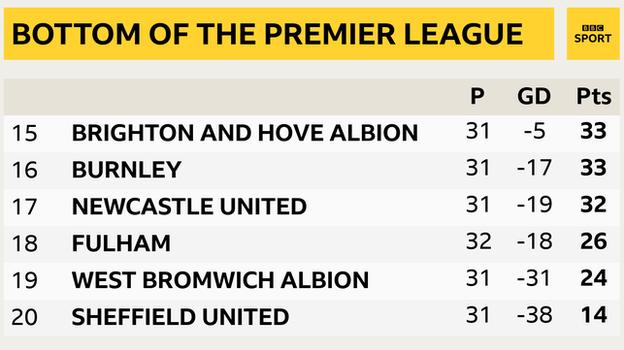 I'm going for a bit of an upset here, partly because I think Newcastle usually pick up points in bursts and also because they also have Allan Saint-Maximin and Callum Wilson to come into their starting XI after the impact they made off the bench against the Clarets.

It has the makings of a decent game, anyhow. West Ham have developed a bit of a habit recently of going 3-0 up and being pegged back, but they held on to beat Leicester last week and will hang on to fourth place for a while longer.

I am going for the Hammers to lose this time but I am sure they won't mind – I also thought they would be beaten by the Foxes and, before then Wolves, and I was wrong on both occasions.

Tubes' prediction: I'm going to put it out there – I think Newcastle are going to nick a result here off the back of beating Burnley last week. 2-1 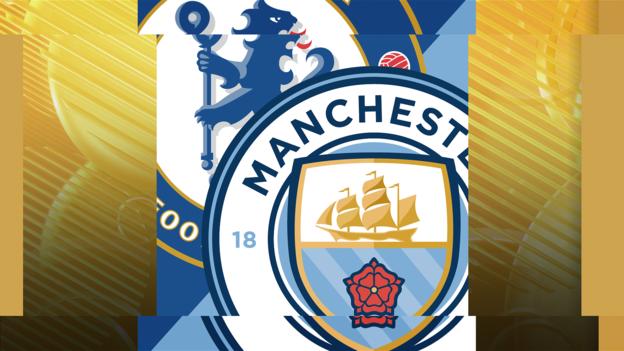 Both of these teams are in the Champions League semi-finals, and they will be hoping they meet again in the final of that competition, in Istanbul on 29 May.

Chelsea boss Thomas Tuchel will treat this tie exactly the same as he would if they were meeting in Europe – first and foremost he will make sure his side are not open, and then he will try to hit City on the break.

I can't see Tuchel just going for it on Saturday, put it that way. It is not in his DNA.

But I don't think his game plan will work. City are going to have so much of the ball that they will create chances.

If Pep Guardiola's side score the first goal then that could be curtains for Chelsea. I wouldn't say the same applies if Chelsea score first though.

City had to work hard to get past Everton in the sixth round, but they found a way through in the end. This will be a similar story.

Tubes' prediction: I'm confident we will get a result here. If we play like we did against Crystal Palace last week against City, then I think we will beat them. 2-1

Tubes on Thomas Tuchel: "I was gutted when Frank Lampard left [in January]. I thought it was completely harsh and I still feel that way – but what happened to Frank is not Tuchel's fault so I never held that against him when he took over. I have got to say though, how he has transformed that team to play his way in such a short space of time, and also getting results along the way, is just unbelievable." 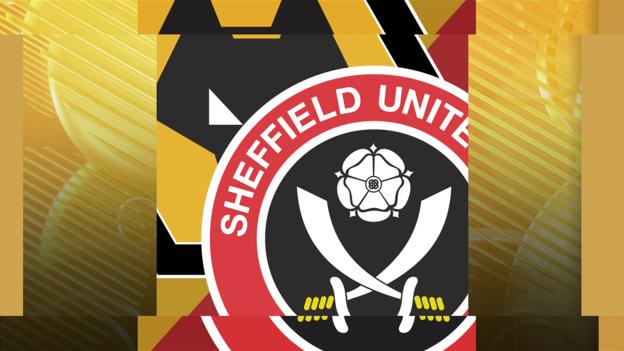 I was at Bramall Lane to see Sheffield United lose to Arsenal last weekend. The Blades did not play badly and, as usual, worked extremely hard – but they carry next to no goal threat.

For various reasons, Wolves have not had much of a cutting edge all season either, but they have got a lot more quality in their side and they will find a way through in the end. 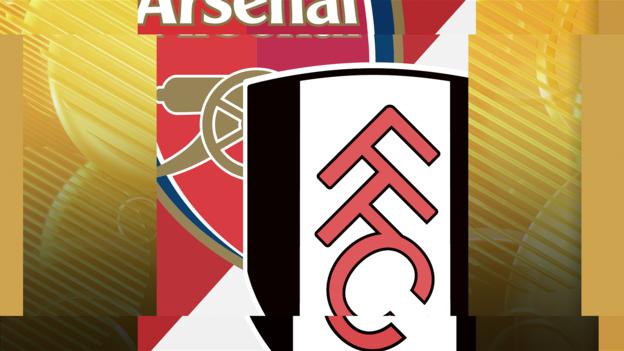 Fulham's survival hopes took another blow last weekend with their late defeat by Wolves. I fear the worst for them now.

Scott Parker's side could have a lifeline because they play Newcastle on the final day, but that obviously won't do them any good if they are more than three points behind the Magpies by then and, at the moment, the gap is six.

Arsenal are a very difficult side to predict, but they put in a real shift against Sheffield United and, if they all work like that again, they will win this one too.

Tubes' prediction: I'd really like Scott Parker to stay up but that Wolves defeat has hurt them big time. 1-0 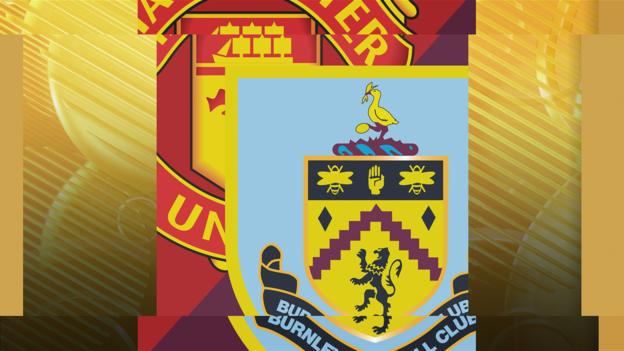 I totally get why Manchester United have changed the seat coverings at Old Trafford from red to black to give a greater contrast to the players' shirts on the pitch.

It could be confusing in that split-second when you have to pick a pass and play it, because, when the ball comes to you, you kind of know where your players are. You might think your team-mate is over there on the right, and you end up finding seat number 194.

People have brought up the time in 1996 that former United boss Sir Alex Ferguson told his players to change out of grey shirts at half-time of a game they were losing, but the effect of different colours on players goes back a lot longer than that.

I remember when Peter Shilton started playing in goal in an all-white outfit for Leicester in the 1970s, because strikers would glance at goal, mistake him for a post and try to hit it wider than they needed to.

That was the thinking anyway. Apparently Shilton shimmered so much under the floodlights that he stood out far more than he intended too. He also got very muddy very quickly on the pitches back then – I bet that white kit needed plenty of washing. 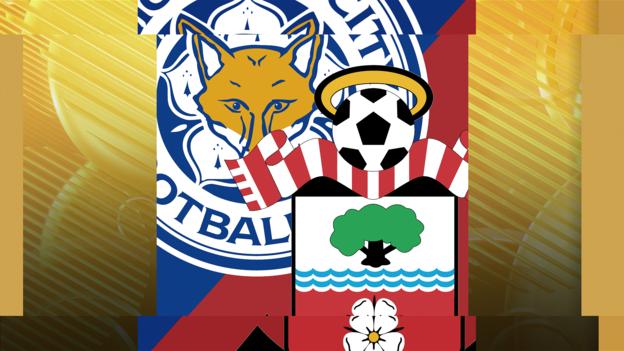 The three Leicester players – James Maddison, Hamza Choudhury and Ayoze Perez – who were dropped last weekend after breaking Covid-19 protocols are available for selection for this tie.

I think Foxes boss Brendan Rodgers dealt with the incident very well and, if that trio return on Sunday, they should be eager to make amends.

Leicester got a great result in the last round, where they beat Manchester United, and they have to be the favourites to go through here despite suffering defeats in their past two league games.

Southampton were poor against West Brom last weekend and, although I like Saints manager Ralph Hasenhuttl and the way his side play, they are extremely inconsistent.

Saints have not conceded a goal on their way to the semi-finals, and knocked out the holders Arsenal along the way.

But the Gunners made a lot of changes for that tie, as did Wolves when they played Southampton in the fifth round, and I think it's fair to say they have had quite a relatively easy route to the semi-finals.

Tubes' prediction: Whether they played last week against West Ham or not, some of the Leicester players owe Rodgers a big performance in this one because they weren't very good at all that day, for various reasons. Maybe they had their minds on this game, but I think they will have too much for Southampton – the Foxes are the better team anyway. 2-0 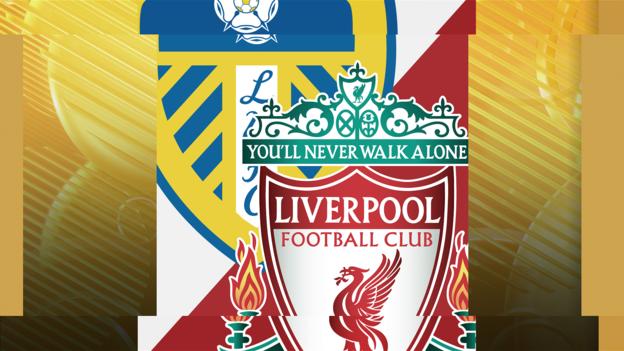 This was one heck of a game at Anfield at the start of the season, when Liverpool won 4-3.

We could be in for another cracker here, too. Leeds come into the game fresh from beating Manchester City and, although Liverpool got knocked out of the Champions League in midweek, they looked sharp against Real Madrid.

The Reds created some good early chances, and played well, certainly in the first half. Real kept them a little bit at arms length after the break.

I can see Liverpool getting some opportunities on Monday too, but Leeds will too. Marcelo Bielsa's side have had a brilliant season, and it's such a shame so few people have got to go to any of their games.

Tubes' prediction: What a fixture this is. I've really enjoyed watching Leeds this season and I really want them to get a result because that would do Chelsea a massive favour. 2-2

Lawro and Tubes were speaking to BBC Sport's Chris Bevan.

How did Lawro do last time?

Last weekend, Lawro got five correct results from 10 matches, including one exact score, for a total of 80 points.

He beat actor Steve Guttenberg, who got three correct results, but with no exact scores, giving him a total of 30 points.