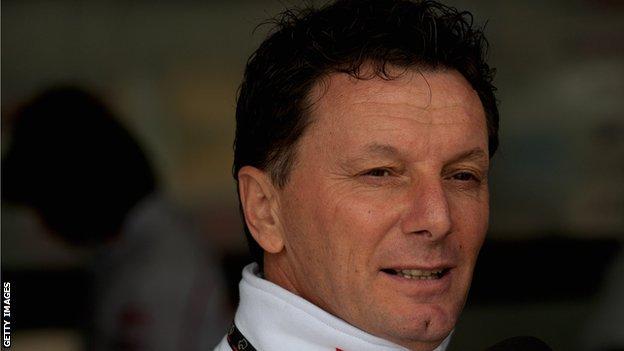 The Italian was put into a medically induced coma in hospital for the second time last week following further complications.

"Fausto Gresini was a colleague to many, a friend to all and will be sorely, sorely missed," said Moto GP on Twitter.external-link

"The news we would have never wanted to give, and that unfortunately we are forced to share with all of you," Gresini Racing said in a statement.

"After nearly two months battling against Covid, Fausto Gresini has sadly passed away, a few days after turning 60."