Italy are desperate for a first Six Nations win since 2015; kick-off is at 2.15pm at Murrayfield on Saturday 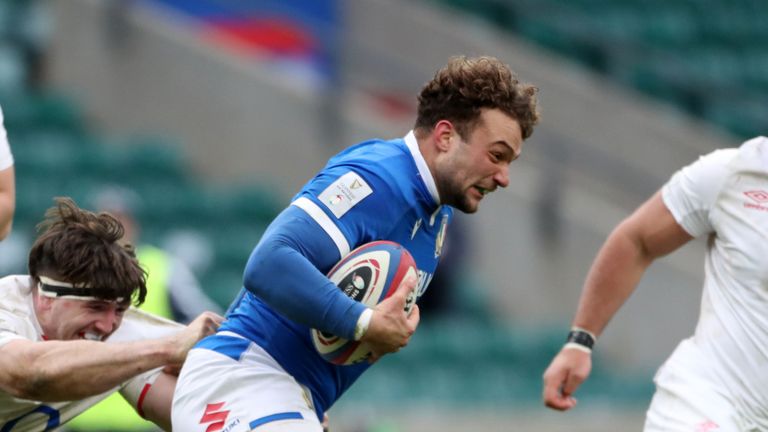 Centre Federico Mori will start for Italy after being named in coach Franco Smith’s side for their final match of this year’s competition against Scotland on Saturday, with the Azzurri looking to end another disappointing campaign on a high.

Italy have lost 31 Six Nations matches in a row stretching back to a 2015 win over Scotland at Murrayfield and are already guaranteed to pick up a sixth successive wooden spoon this time around.

To end that barren run, Smith has named another youthful XV with Mori, 20, starting his first Six Nations match of the tournament at centre alongside Juan Ignacio Brex.

South African Smith makes four changes from the side who were thrashed by Wales last weekend, with David Sisi unable to recover from a shoulder injury inflicted in that defeat to make the squad.

Despite losing four from four so far, Smith says there is still plenty to play for and believes his side are capable of ending their win drought on Saturday.

“We have a big challenge ahead of us,” he said. “Our work during the week was excellent.

“We want to win on Saturday, closing the tournament in the best possible way and continuing on the path of becoming more and more competitive.”