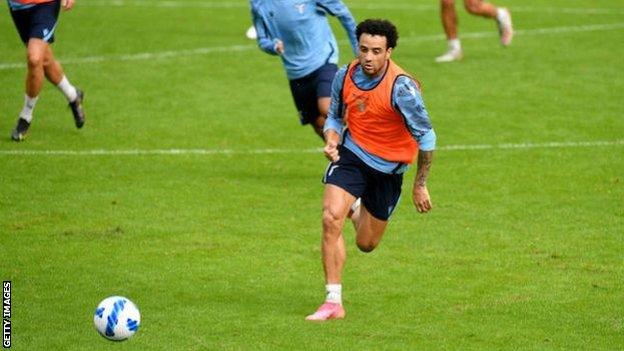 Felipe Anderson previously played for Lazio between 2013 and 2018

Felipe Anderson has rejoined Lazio from West Ham, three years after signing from the Serie A side.

He scored 12 goals in 73 appearances for David Moyes' side, but spent last season on loan at Porto.

Anderson had a medical in Rome on Tuesday, having being on the bench for West Ham's 2-2 friendly draw with Dundee last Friday.

He scored 34 goals in 177 appearances during his first spell at Lazio from 2013-2018 and his fee has not been disclosed.