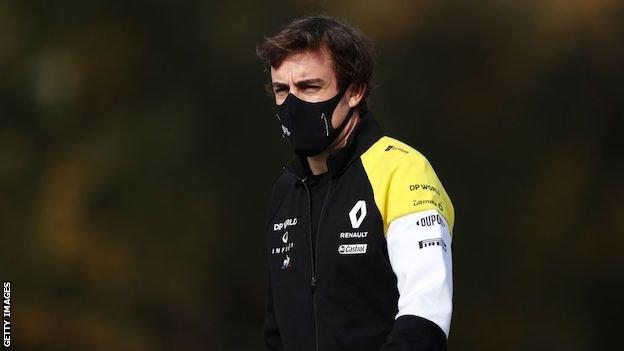 Fernando Alonso is due to return to Formula 1 in March

Fernando Alonso has been discharged from hospital after suffering a fracture of his upper jaw in a cycling accident last week.

The two-time Formula 1 world champion, 39, collided with a car while on a training ride near his home in Lugano, Switzerland, on Thursday.

His Alpine team said Alonso will now have "a short period of complete rest".

He will then "progressively resume training in preparation for the start of the season".

Pre-season testing takes place in Bahrain from 12-14 March, before the first race at the same track on 26-28 March.

Alpine, the former Renault team, said last week that they "expect him to be fully operational to undertake preparation for the season".

Alonso is returning to F1 this season after a two-year absence in which he explored other motorsport ambitions.

He added a second Le Mans win, the World Endurance Championship title, competed twice in the Indianapolis 500 and once in in the Dakar Rally.

He has said he is returning to F1 because he loves competing and driving, and he hopes Alpine will be competitive with the advent of new technical rules being introduced in 2022.