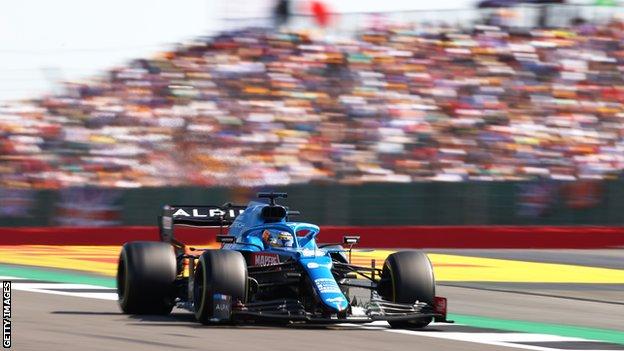 Fernando Alonso is on course to secure a seat at the Alpine team next season, their chief executive officer Laurent Rossi says.

Rossi revealed that Alonso is on a "one-plus-one" contract this season, with an option the team can take up for 2022.

"He is as fast as ever. He is certainly extracting the most out of the car."

Rossi added: "The car is not incredibly fast and he still manages to get some super-hot laps and qualify the car very well. So far, so good."

Asked whether Alonso would stay for 2022, Rossi said: "He is doing everything for me to consider exercising this [contractual] option."

Alonso returned to F1 this season after two years away racing in other categories. After admitting to not being at the highest level in qualifying in the early races, the two-time champion has produced a series of strong performances.

These include a starring role in the new 'sprint' race at last weekend's British Grand Prix, in which Alonso rose from 11th to fifth on the first lap by overtaking six cars in nine corners.

The Spaniard, who is 40 on 29 July, is the leading Alpine driver in the championship, in 11th place on 26 points compared to team-mate Esteban Ocon on 14 points in 13th.

In his earlier career, Alonso earned a reputation as a demanding character inside a team.

But in an exclusive interview, Rossi said: "It is incredibly easy to work with him so far. It has been six months, and I don't recognise the Fernando that people describe.

"We both expect the same thing from the team. Always challenging any decision, any status quo, to systematically take things a notch up: 'It is never enough. Getting a point is not good. Getting two points is not good. Finishing second, when it happens, is not good enough. Finishing first – we need to keep being first.' I like this attitude.

"It is challenging everyone all the time but very respectfully. And he can do it because he has proven himself so it is not like he wants to deflect responsibility."

In defence of Ocon's deal 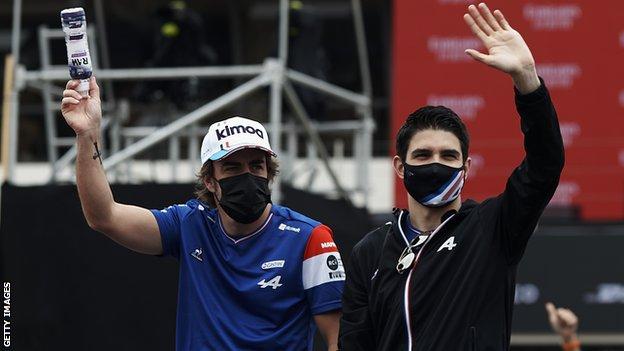 Fernando Alonso is Alpine's leading driver in the championship, in 11th place, ahead of team-mate Esteban Ocon in 13th

The terminology Rossi uses to describe the likelihood of Alonso staying at Alpine for 2022 is exactly the same as he employed shortly before signing Ocon to a new three-year deal until 2024.

The move raised eyebrows in F1, as the Frenchman is not yet fully proven as a top-line driver, but Rossi says he has no doubts about the decision.

He pointed out that most leading drivers are committed to their teams for the long term and said he thought the 24-year-old was "really good", "has a lot of talent that is untapped yet" and that "signing him is basically taking almost zero risk".

Rossi added: "He might not be guaranteed world champion material. Who can be dubbed this way? Not many drivers at the moment.

"I would not let anyone say he is a lesser driver than Carlos [Sainz of Ferrari] or any of the so-called second drivers of the top teams.

"So at the very least I have myself an excellent second driver, and I frankly think he has all it takes to become a top driver."

Rossi said it was too early to commit to Alonso beyond 2022.

But he added that "it will be a rich man's problem if at the end of 2022 I have the likes of [Alpine young drivers Oscar] Piastri [and Guanyu] Zhou knocking at the door and at the same time Fernando winning race after race. At least I have those options." 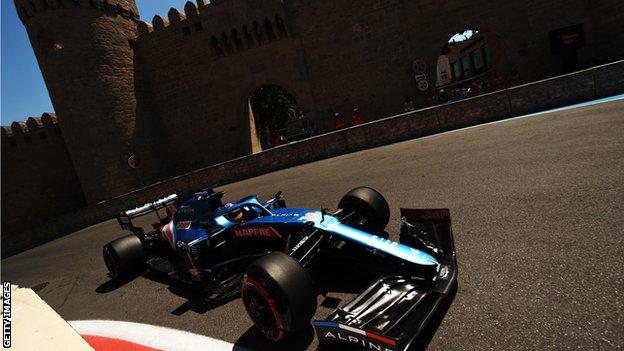 Alpine have had a slump in performance in 2021. Last year, when they were called Renault, they finished fifth and had three podium finishes. This year, they are seventh in the championship after 10 races, nine points behind Alpha Tauri in fifth place. Their best result is Alonso's sixth place in the Azerbaijan Grand Prix.

Alpine say development of their 2021 car was affected by problems with their wind tunnel over the winter and that they are hopeful of a big step forward in 2022, when a major change in the F1 technical regulations comes into force.

But Rossi said: "I would lie if I said I was completely fine and reassured, because obviously a big part of the team that produced this car will still be doing the next, so if we don't change a couple of things and don't change course, we will obtain the same results. But we are doing that."

He said Alpine were making operational changes at the factory and at the track, and had recruited more staff.

"I have confidence we can deliver better than this year because it is not a satisfying performance," he said. "Seventh is not where we want to be. If we finish at this place, even though we knew the car was not gonna be world champion, it will still be a disappointment." 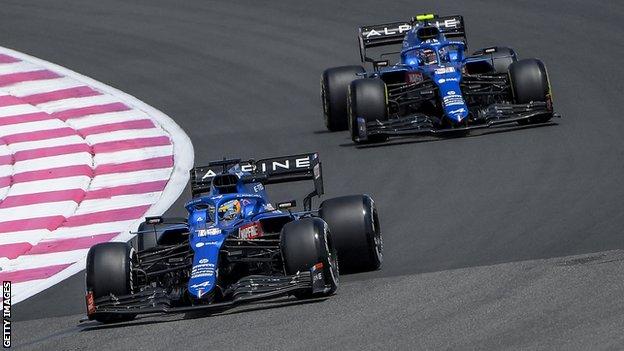 Alpine are seventh in the championship after 10 races

Alpine were rebranded this season to promote Renault's niche sports car brand, which the French car giant is trying to expand. Rossi, who is in charge of the entire Alpine company, said the move had already been a success.

"We have a 70% increase in enquiries around the brand and sales are not far away from following the same trend," he said. "So we are on a very good trajectory."

Asked if this meant winning was not a requirement in F1, he said: "We don't need [to win] but we are not here just to have a name on the building and be happy with it.

"We want to win. At the beginning it is OK to be here and use the platform, but then we need to show progression because more and more people are going to be used to it and start equating the performance on the track to the performance in the car. That's the 'win on Sunday, sell on Monday' recipe of Ferrari, for instance." 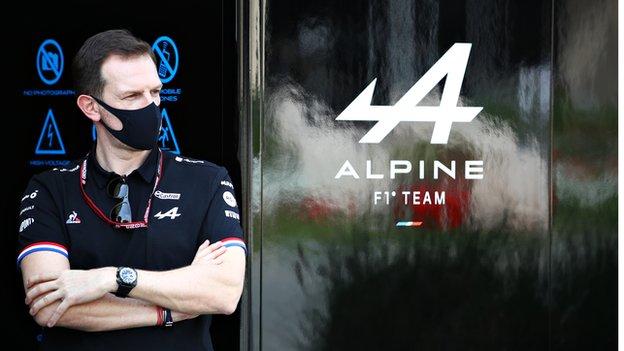 Following the rebrand, there was a management restructure at the team, which has been questioned because it differs from all other teams, who have a recognised boss who travels to the races and works in the factory.

Former team principal and Renault Sport managing director Cyril Abiteboul left the company. He was replaced by Rossi as chief executive officer, with a dual management team reporting to him of executive director Marcin Budkowski – who runs the technical side of the team – and new recruit Davide Brivio as racing director.

Brivio's role is to run the team trackside. He is based in Dubai and has visited the factory in Enstone in Oxfordshire only a handful of times so far this season. Some F1 observers have questioned whether his role is necessary.

Rossi said: "Before, we had one team principal, whose role was to oversee the track and the factory. The reality was it was hard for him to do both. It is hard for anybody to do it nowadays."

He added: "The responsibilities are well mapped. Of course when you have three people, you have to divide yourself at the junction of some issues. [But] so far it has worked very well.

"There is still a strategy guy, Mathieu Dubois, who is also running the show, and the two of them make decisions. They just have on the technical side Marcin and on the track side Davide who can help provide a bit more senior decision-making if needed.

"But the truth is it very rarely happens and it works very well so far. I am overseeing all of this and I can divide myself in looking into operations and technical development when I need to but also bring that into more business-oriented decisions."