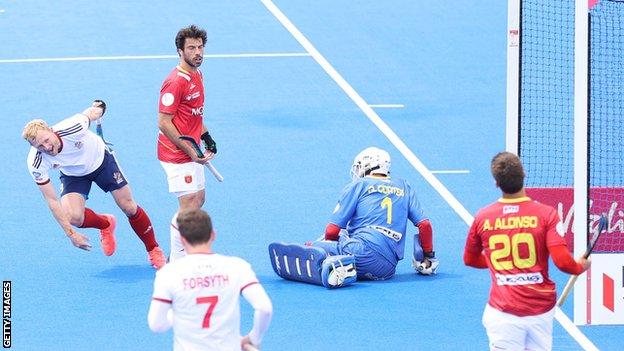 Great Britain's men avenged their previous day's defeat with an impressive 2-0 win over Spain in the FIH Pro League on Sunday.

The hosts were beaten in a shootout by Spain on Saturday, but two goals from Rupert Shipperley ensured victory at Lee Valley Hockey and Tennis Centre.

Spain rallied in the final quarter but were kept out by some resolute British defending in the hosts' last home game.

Great Britain women will be looking to pick up where they left off against the United States later on Sunday.

The reigning Olympic champions cruised past the visitors 5-1 on Saturday.