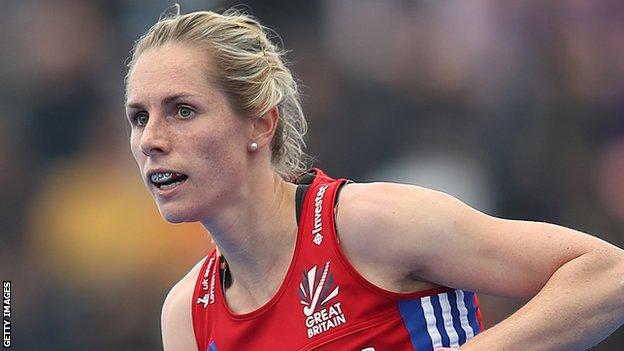 Olympic champions Great Britain were held to a draw with the Netherlands before losing the shootout in their first competitive game since February.

It was a first game in nearly nine months for both GB teams after the Pro League was suspended because of the coronavirus outbreak.

That draw earned a point for GB women against the side ranked number one in the world – but they were unable to earn a bonus point in the shootout.

Ellie Rayer was on target in the shootout but Tess Howard and Lily Owsley were both denied for Mark Hager's side, who won Olympic gold in 2016.

Floris Wortelboer then scored the only goal shortly before half-time in a tight match against GB men.

Both Great Britain sides face the Netherlands again on Thursday, before another double-header against Belgium on 31 October and 1 November.

Two home fixtures against Germany are scheduled for November.

New – The Rap Game UK: The search for a new British rap star is onMOTDx is back: The very latest on fashion, music and culture from the Premier League
Source