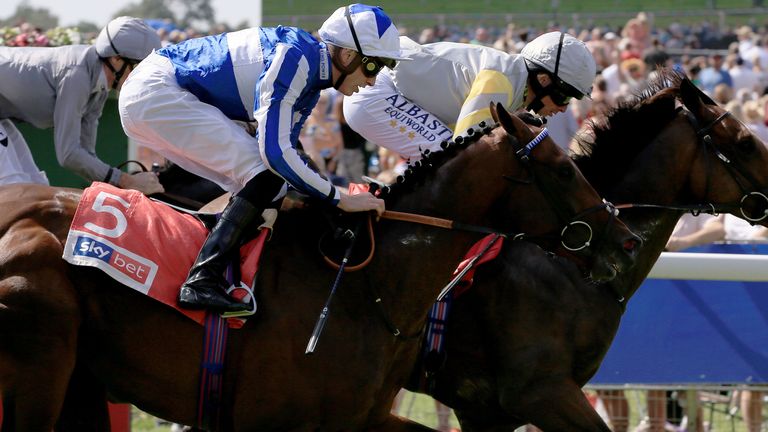 Bangkok will face five rivals in the Betway Easter Classic at Lingfield.

The £100,000 contest is the centrepiece of a seven-race card for All-Weather Championships Finals Day on Friday – and Bangkok is a hot favourite for trainer Andrew Balding.

The five-year-old was last seen finishing eighth in the Saudi Cup in Riyadh, having previously won the Winter Derby Trial for the second year in succession over this course and distance.

Bangkok’s biggest threat appears to be John and Thady Gosden’s Forest Of Dean, who won the Winter Derby itself on his latest appearance.

Palavecino has run two good races over the course and distance this season, including when fourth behind Sangarius in the Quebec Stakes in mid-December – a race in which Bangkok was second.

Meehan said: “Palavecino had a break over Christmas as he’d had a busy enough time of it up until then.

“It just seemed a good moment to give him some time off and he has come back really well. We have had an eye on the Easter Classic the whole time and his preparation has gone very smoothly.

“He is fresh, he is improving, and I would see him in there with a very solid chance.”

The finals day card gets under way with the Betway All-Weather Marathon, for which seven runners will go to post.

Balding again has a leading contender in Ranch Hand – as does the Gosden team with Amtiyaz, the mount of Hollie Doyle.

It is Rainbow Dreamer from Alan King’s yard, however, that sets the standard on ratings.

Indie Angel, another Gosden inmate, is a warm order for the Ladbrokes All-Weather Fillies’ And Mares’ Championships.

Her five opponents include Fizzy Feet, who is stepped up in distance by David Loughnane, and the James Tate-trained Shimmering Dawn.

The Bombardier All-Weather Championships Apprentice Handicap brings the card to a close, with Karl Burke’s Lord Of The Lodge heading a field of 14 hopefuls.