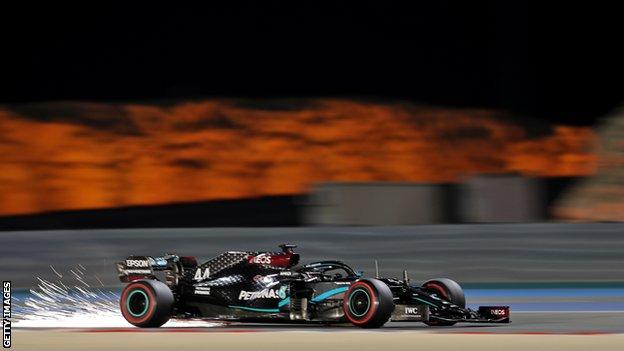 In a change to this year's pre-season testing venue, teams will head to Bahrain instead of Barcelona

The 2021 Formula 1 season is nearly upon us, but first there is the small matter of car launches and pre-season testing to look forward to.

Testing for the new campaign looks a little different this year, with just one three-day session starting on 12 March for teams and drivers to fine-tune their new cars.

The session has also found itself a new home, as the Bahrain International Circuit takes over proceedings from Barcelona's Circuit de Catalunya.

With the coronavirus pandemic ongoing, only six teams so far have announced the date of their car launches.

Live text commentary and analysis will available on the BBC Sport website for each of the three days of testing.

The Bahrain Grand Prix, opening the season because of the Australian race being pushed back until November, takes place 26-28 March.

(Times to be confirmed)