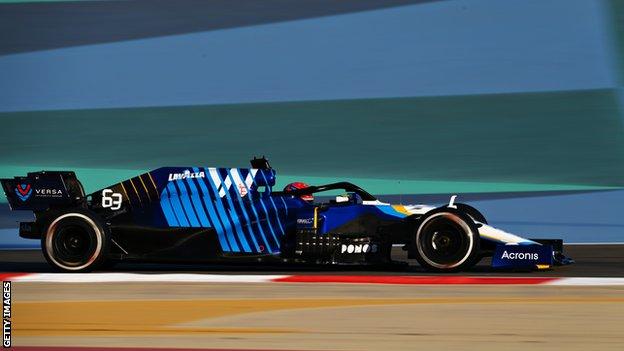 Francois-Xavier Demaison joins from Volkswagen, where he worked under Capito on the electric ID.R racer.

The ID.R is most notable for setting a new record at the famous Pikes Peak hill climb in Colorado, USA.

Capito said Demaison's appointment was "an important step towards our ambitions of winning again".

In an interview with BBC Sport, Capito described the 52-year-old as "a brilliant engineer who has the right attitude and the right culture and brings something new to the team".

Before his role at VW, Demaison was chief engineer of the Subaru World Rally Team, after roles working on F1, touring car and world rally projects for Renault and Peugeot.

Capito said: "I have seen his technical capabilities first-hand, and his sporting successes speak for themselves.

"Bringing in someone of his calibre to our already experienced technical team will help drive the future direction of our operation and strengthen our team."

Demaison said: "It's going to be a great challenge, but one that I am eager to start. They have a great team of talented people, and I hope I can work with them and the senior management team to help carve out a direction for the future, to help the team achieve its ambitions."

Why did Capito choose Demaison?

Demaison – known as 'FX' – worked on Peugeot's F1 engine programme in the 1990s but has limited experience in F1 in recent years. However, Capito said that was not a concern.

Capito added that, through the ID.R, Demaison has direct knowledge of an aerodynamic technology that is coming back to F1 with the new regulations in 2022.

These rules will fundamentally reshape the way aerodynamics work in F1, using curved underbody tunnels that generate downforce – known as 'ground effect'. This was used on the ID.R, but has not been seen in F1 in the same way since 1982, as flat bottoms were introduced to F1 cars before the 1983 season.

"That adds to the capabilities that we already have," Capito said. "When I came in, I saw we had huge engineering capability and talents and I believe it's much better to bring somebody in who adds something to that instead of someone who comes in with a certain philosophy and wants to change everything.

"That would be very destructive to the team in the phase we are right now, where the 2022 car is already ahead, it's already going and you can't distract this programme.

"You have to trust in what the engineers have done so far and you have to add something instead of changing. This is where I have seen 'FX' being highly intelligent and capable in building these relationships."

He added: "You have to bring fresh blood into F1. We have an incredible amount of F1 experience already in the team and it's more important to add a brilliant engineer who has the right attitude and the right culture and brings something new to the team instead of getting someone who brings changes in and comes with different philosophies.

"Because the [2022] car is already far advanced, you have to add to it and not change the philosophy. He is a brilliant engineer and that counts more than having someone with huge experience in F1." 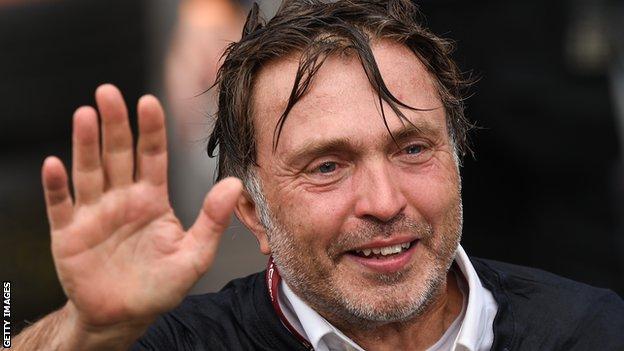 What state are Williams in?

The 62-year-old has been charged with recovering the form of a team that dominated large parts of the 1980s and 1990s, to become one of the most successful in F1 history, but who have finished last in the championship for the last three years.

He said he believed the main reason for Williams' decline was a lack of budget and leadership.

"The team was very limited on financials in the last couple of years," Capito said. "So of course that is the main reason. But I have seen there is a lot of technology and good infrastructure but it needed to be modernised.

"Dorilton are great owners they have seen that immediately and they invested immediately when they bought he team.

"There are upgrades on test rigs and wind tunnel and so on. I have seen that the people are highly competent. We have really good people on board, also [new recruits] that recently came from other top teams.

"It needs leadership. That is what I have seen that is lacking – leadership and direction and objective settings. That is a big step in the right direction."

Capito said he was restructuring the leadership team so that engineering under Demaison, race operations under team principal Simon Roberts and operations all reported directly to him.

Capito said: "I want to have the organisation very flat and with that I also want healthy competition between the race engineering, the technical director and the operations that they work on the same level reporting to me, not one is the boss of the other.

"So they all can do their very best and if they don't agree on something they have to come to me. I want this control over the technical area.