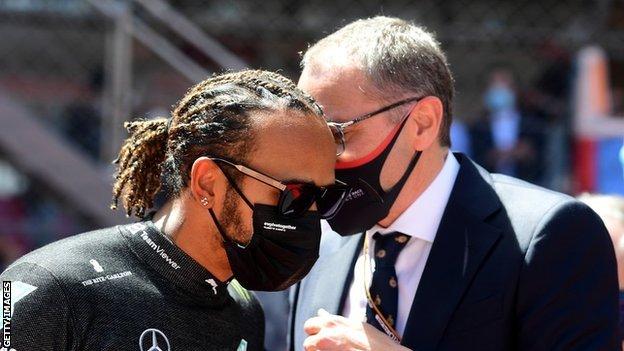 Formula 1 has launched a series of scholarships and apprenticeships for under-represented groups in a bid to increase the sport's diversity.

F1 will fund the studies and some living expenses of 10 students from minority groups across six universities.

Each will involve a placement at a team.

There will also be six places for interns gaining work experience at F1 and two apprenticeship roles.

All positions are designed to lead to employment in the sport.

There will be two scholarships at each of Oxford and Strathclyde universities, one each at Cambridge, Coventry, Manchester Metropolitan and three at the Motorvehicle University of Emilia-Romagna in Italy.

F1 chairman Stefano Domenicali said: "Formula 1 is a global sport with fans across the world. We want to be as diverse as our fan base and that is why we are taking action to ensure talented people from underrepresented groups have the best opportunities to get into, and build, a fantastic career in this amazing sport."

The move comes in the same week as Lewis Hamilton published a report with 10 recommendations aimed at increasing diversity in UK motorsport.

It found that only about 1% of employees in the industry in the UK were from a black background, and uncovered serious obstacles to the progression of minorities, both in the national education system and the industry itself.

Among its recommendations was improving access to apprenticeships and scholarship programmes for black students.

Domenicali said the Hamilton Commission report "shows the dedication to addressing these issues across F1".