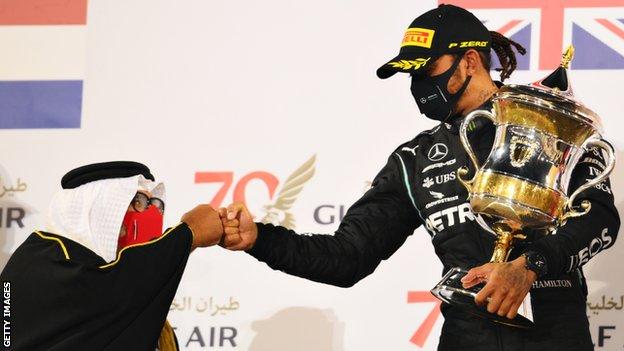 Follow live radio and text coverage of the Bahrain Grand Prix at the Bahrain International Circuit in Sakhir, 26-28 March.

Lewis Hamilton goes into the opening race of the 2021 season with a record eighth drivers' title in his sights after signing for another year with Mercedes.

Max Verstappen and Red Bull could well provide serious competition for the British star in what promises to be a landmark year for Formula 1.

You can follow all the action and the latest news on the BBC Sport F1 page and via the BBC Sport app, and catch up with analysis and interviews with the BBC Radio 5 Live Chequered Flag podcast.

All times are GMT. Broadcast times are subject to change at short notice.

If you're viewing this on the BBC News app, you will need to click here to view the times.