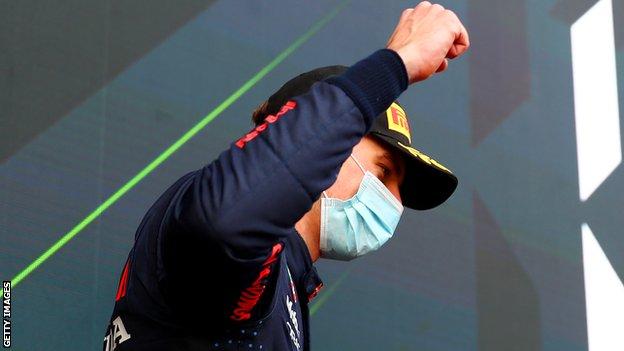 It is being set up close to the chassis factory in Milton Keynes to take over the running of Honda's engines.

Honda will quit F1 at the end of the current season.

They have sold their engines and intellectual property to Red Bull.

Red Bull said Hodgkinson would take over his new position "once the terms of his current contract with HPP are fulfilled".

He is currently tied to Mercedes until the end of 2022, although typically in these situations the two parties tend to negotiate terms for an early release.

A statement added: "[This is] a key leadership role heading up all technical aspects with a key focus on developing Red Bull's inaugural power unit, to comply with the new Formula 1 regulations currently planned for 2025."

The sport is working on defining a new engine formula that will increase the proportion of power provided by electrical energy and also use fully sustainable carbon-neutral fuels.

Hodgkinson has been working at Mercedes' engine base at Brixworth in Northamptonshire for two decades and before that developed engines in both the World Rally Championship and for Le Mans.

Red Bull team principal Christian Horner said: "Ben comes to this hugely exciting project as a proven race-winner and as an innovator capable of leading a like-minded team of highly skilled engineers.

"When Red Bull announced the creation of Red Bull Powertrains, it was also announcing a new phase of the company's ambition in F1 – to bring every aspect of car design in-house and to put our destiny in our own hands.

"The ultimate expression of that is the development of a Red Bull power unit to meet the next generation of F1 engine regulations.

"Ben's appointment signals our long-term intent and we will support him and his team with every available resource required in order to succeed."

Hodgkinson said: "It was not easy to make the decision to leave HPP after almost 20 years but the opportunity to take on such a far-reaching and important project is a great honour.

"Red Bull are a serious player in F1 and have been our biggest rival in the hybrid era, so I'm looking forward to seeing what we can achieve together in this new phase of the company's journey."

A football club brought back from the brink: The rocky story of Derry City is streaming nowThe Murder That Changed a Nation: Stephen Lawrence's story and the lessons still being learned
Source