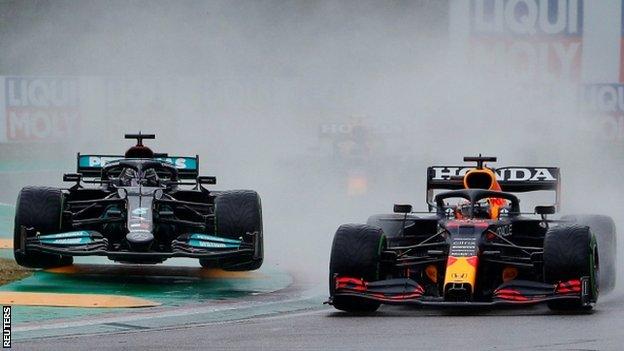 Shorter 'sprint' races will be introduced to Formula 1 this year to set the grid positions at three grands prix, series bosses have agreed.

Points will be awarded to the top three finishers – three for first, two for second and one for third.

Grid positions for the shorter race – to be called 'sprint qualifying' – will be set by moving qualifying to Friday.

Avoiding calling the event a 'race' is to ensure that the grand prix remains the main focus of the weekend.

It will be the first time in history that the grand prix is not the only race on an F1 world championship weekend.

The shorter 'sprint qualifying' race will run to about one-third of the distance of a grand prix, which has a maximum length of just over 305km (190 miles).

The move will involve a series of other sporting changes to the standard race weekend and is intended as an experiment to see whether it introduces extra levels of uncertainty and interest to the weekend's action.

Japanese Grand Prix to remain at Suzuka until 2024

The British Grand Prix on 14-16 July will be the first event to host the new format, followed by the Italian race on 10-12 September.

Brazil had been expected to be the third, but this has not been confirmed – partly because there is interest from other tracks, and also because there is doubt as to whether that race can go ahead in November given the high rate of Covid-19 infections in the country.

If the new approach delivers on its aims, it could be adopted at more races in 2022, when changes to the technical rules usher in a new generation of Formula 1 cars aimed at making the racing closer and more competitive.

It was approved unanimously by the F1 Commission of teams and bosses on Monday. It still requires ratification by the sport's legislative body, the FIA World Council, but this is expected to be a rubber-stamping exercise.

F1 president Stefano Domenicali said the plan was "testament to our united efforts to continue to engage our fans in new ways while ensuring we remain committed to the heritage and meritocracy of our sport".

Wasn't this agreed ages ago?

The idea was approved in principle by teams in early February, but it has taken more than two months of talks with F1 and governing body the FIA to iron out the details, with the financial arrangements a particular sticking point.

Teams were unhappy with F1's initial proposal for an extra payment of just $75,000 (£54,000) for each qualifying race, saying that it would cost far more than that to run the cars in an extra race, and that there was a major risk of damage that could run into hundreds of thousands.

But F1 pushed back at a counter-proposal from the leading teams to add $1m per qualifying race to their $145m (£104.5m) budget cap.

Mercedes and Red Bull argued that the larger figure was needed as they were having the most difficulty getting down to the new spending limits, introduced this year, which are around half the budget they have been operating on in recent seasons.

In the end, a compromise was reached at a total payment of $450,000 (£324,000) per team – or $150,000 per qualifying race – plus an insurance scheme for compensation if teams damage expensive parts in accidents during sprint qualifying.

Where has this idea come form?

The idea for the latest version of sprint-race qualifying has developed after the original plans for a reverse-grid sprint qualifying race – with the field starting in reverse championship order – were blocked last year by Mercedes.

The hope is that the new structure of the race weekend could be a positive change for F1 itself and race organisers, by increasing spectator interest and potentially income for both.

The argument is that moving qualifying adds a competitive interest to Fridays, which currently feature two practice sessions that are used solely for the teams and drivers to prepare their cars and plans for the weekend.

And other categories that have added a second race on Saturdays ahead of the main event on Sundays – such as Germany's DTM Touring Car championship – have seen an increase in television audiences.

How will the race weekend change?

Friday morning practice will run as normal, while the usual Saturday afternoon qualifying session will be held on Friday instead.

Parc ferme – the point at which teams can no longer make major changes to their cars – will be introduced from the start of the Friday qualifying session. The reason for this is to prevent teams building cars specifically for qualifying, which would increase costs.

Tyre use will be restricted across the weekend compared to a normal grand prix, with a complicated set of rules aimed at increasing the jeopardy for the teams.

In first practice, teams can use only two of the three types of tyre – hard, medium and soft. Qualifying will be run only on the soft compound, with each team getting five sets:

One set of tyres only for second practice on Saturday morning, of the team's choice.Two sets of tyres for the sprint qualifying race, of the team's choice – and drivers will not be required to make a pit stop.That leaves only two remaining new sets of tyres for each team for the grand prix. There is free choice in terms of the compound for the start of the race.commentsView Comments

To use comments you will need to have JavaScript enabled.
0 commentsunknown
Source