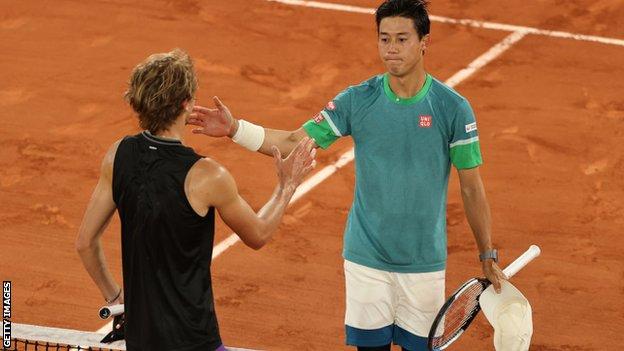 Alexander Zverev saw off Kei Nishikori in one hour 54 minutes

The 24-year-old, who reached the US Open final last year, was in total command with Japan's Nishikori unable to live with his power, touch and movement in a 6-4 6-1 6-1 defeat.

Second seed Medvedev looked in ominous form as he dismissed Cristian Garin 6-2 6-1 7-5, dominating with an impressive arsenal of shots from all over the court.

The Russian will play world number five Tsitsipas next after the highly-fancied Greek beat Spain's Pablo Carreno Busta 6-3 6-2 7-5 in his fourth-round match.

Nishikori, who has slipped from a career-high fourth in the world to 49th, had lost to Zverev at the warm-up events in Rome and Madrid and never looked like overturning the formlines.

Zverev broke for the second and decisive time in the final game of the first set, before rattling through the next two in 31 and 38 minutes respectively,

The German combined baseline power with a deft touch at the net when he ventured forward.

"I played incredible, but the tournament is not over," he said. "Hopefully, I have three more matches left and we will see how they go. I feel if I play my best tennis I am difficult to beat." 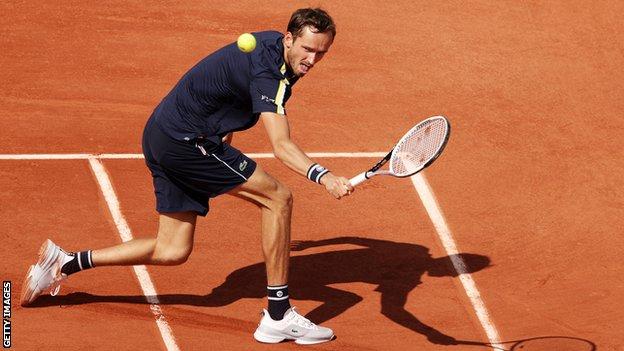 World number two Medvedev showed off the full range of his skills with brutal hitting against the gallant Garin on Court Suzanne Lenglen.

Before this year's tournament, Medvedev had not won a match at the French Open in four attempts – he has now won four in a row and will relish this opportunity to go deep into the second week at Roland Garros.

Garin had beaten Medvedev on clay last month at the Madrid Open but was second best to the imperious Russian, who dictated play throughout.

After cruising through the first set, Medvedev cut loose in the second, breaking to love in the second game and unveiling an impressive mix of pinpoint groundstrokes.

In the third set, Medvedev grabbed a crucial break in the 11th game with consecutive thunderbolt winners before serving out to clinch victory.

The quarter-final with Tsitsipas – who Medvedev has beaten in six of their seven encounters – looks very intriguing. 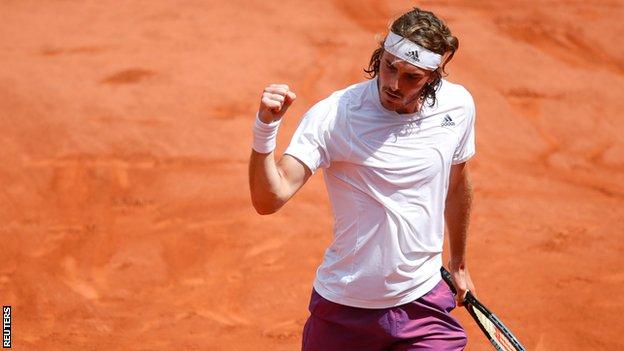 World number five Tsitsipas has reached the semi-finals of his past two Grand Slams and looks in good shape to match that here.

He has won more matches than anyone else in 2021 – 37 and counting – and has already claimed two titles this season.

His elegant frame enables him to eat up the yards at the back of the court and the erratic Carreno Busta was unable to respond to Tsitsipas' powerful array of shot-making.

After the Spaniard put up a fight in set one, Tsitsipas rattled off six straight games to take the second set inside half an hour.

His level dropped at the start of the third as Carreno Busta rallied but the Greek rediscovered his form to break back and seal victory.

With Rafael Nadal and Novak Djokovic seeded to take care of each other on the opposite side of the draw, Tsitsipas arguably has his best chance yet of reaching a Grand Slam final – if he can get past Medvedev.