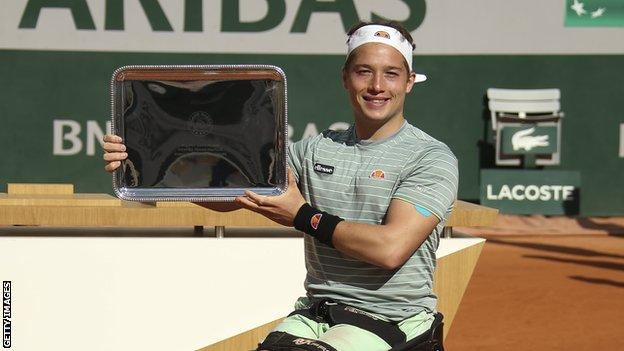 Britain's Alfie Hewett is through to the French Open wheelchair singles semi-finals, while compatriots Gordon Reid and Jordanne Whiley lost in the opening round.

The 23-year-old will play Argentina's Gustavo Fernandez in the final four.

Hewett and Reid will team up in the men's doubles on Saturday, when the top seeds will face Fernandez and Kunieda in the semi-finals.

Whiley and Kamiji are seeded second in the women's doubles, which also begins at the semi-finals stage.