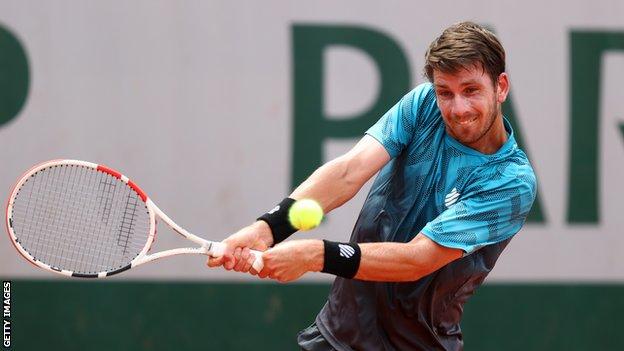 Britain's Cameron Norrie reached the French Open third round for the first time as he came from a set down to beat South Africa's Lloyd Harris.

British number ones Dan Evans and Johanna Konta, as well as Heather Watson, were beaten in the first round.

Norrie, 25, arrived at Roland Garros on a run of good form having reached two finals in May and has now claimed 25 wins in 2021.

The British number two struggled with his first serve early on against world number 54 Harris – making just two of nine in his first two games – and was broken to go 2-1 down.

Norrie had a break point at 3-2, but his backhand sailed long and he could do nothing to contest Harris' impressive serving for the remainder of the first set.

A more aggressive-looking Norrie came out in the second set and he took advantage as 24-year-old Harris had his own first serve difficulties, breaking to take a 3-1 lead.

Norrie held on to claim the second set and looked increasingly confident as he broke early in the third.

As Harris' unforced error count rose, so did Norrie's energy levels and he claimed three more breaks of serve to quickly wrap up the final two sets.

Cristiano Ronaldo: How did he became the world's biggest one man footballing brand?When I Was 25: Olympian Dame Kelly Holmes opens up about about some incredibly difficult decisions
Source