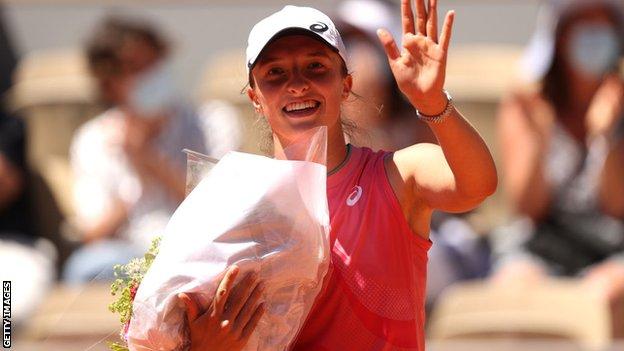 Defending champion Iga Swiatek celebrated her 20th birthday with victory over Slovenia's Kaja Juvan in the French Open first round.

The Polish eighth seed beat her best friend on the tour 6-0 7-5.

"She didn't give me any birthday gifts so I'm really happy I could win those important points," Swiatek said.

In the first official night session at Roland Garros, 39-year-old Williams was far from her best but found a way through against world number 74 Begu.

Williams, who is again trying to equal Margaret Court's all-time record of major wins, squandered a 5-2 lead in the first set and had to fight off two set points in the tie-break.

The emotion of pulling through to win the opener was evident from the huge roar from Williams, which echoed around a near-empty Court Philippe Chatrier – closed to the French public because of the coronavirus curfew imposed at 21:00 local time.

That enabled the three-time French Open champion to settle down in the second set, breaking Begu's serve in the opening game and again in the seventh on her way to victory. 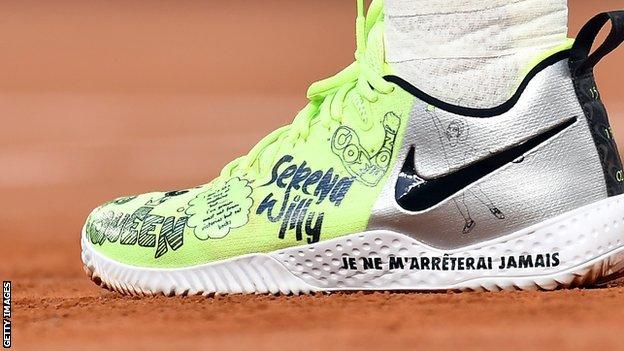 'I prepared notes before speaking with Nadal'

While she did not receive a gift from Juvan, Swiatek did get one early birthday present – the chance to hit with her idol Rafael Nadal.

After her opening match, the reigning Roland Garros champion confessed she had to pre-plan some conversations with the 13-time men's singles champion for during the practice session .

"I had to prepare – write some small topics not to have awkward silence," said Swiatek, who has a T-shirt signed by the 20-time Grand Slam champion on her bedroom wall at home.

"Even though I am pretty introverted, it was really fun for me.

"I got to feel his forehand and his topspin. It gave me a lot of positive energy.

"It was really a huge inspiration for me." 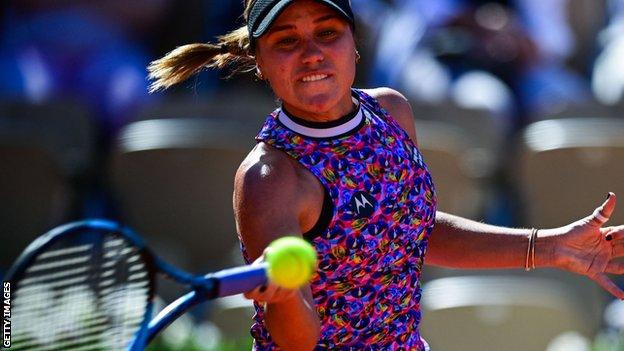 American Kenin, who was runner-up to Swiatek in last year's Roland Garros final, will face qualifier and compatriot Hailey Baptiste for a place in the third round

The 2016 champion has struggled with injury during the clay-court season, and called the trainer during the match.

There will be no more British women's interest in the singles after Johanna Konta and Heather Watson lost their first-round matches.

Follow live coverage of day two from Roland GarrosLive scores, results and order of playAlerts: Get tennis news sent to your phone'I also faced the ugly side of football': Mark Walters looks back at a pioneer of race in the gameDefying gravity with Lily Rice: The first person ever to land a wheelchair backflip
Source