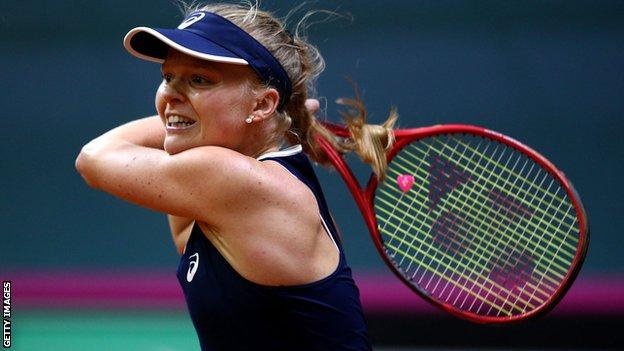 Harriet Dart missed out on a spot in the main draw at the French Open with a 6-2 6-2 defeat by Taiwanese Liang En-shuo in the final round of qualifying.

Despite an early break in the second set, Britain's Dart, 24, had no answers as Liang reeled off six games in a row to beat the world number 143.

No British players made it through the qualifying rounds to the main draw.

With Andy Murray and Kyle Edmund missing out through injury, British singles interest will be with Johanna Konta, Dan Evans, Cameron Norrie and Heather Watson.

Sneakernomics: A tale of two siblings, the world's biggest sports brands and a bitter rivalryPain, Power and Progress: Special 1Xtra Talks reflecting on a year since the death of George Floyd
Source