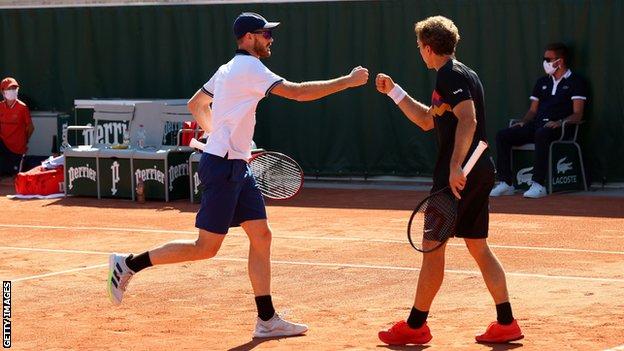 Jamie Murray and Bruno Soares beat Britons Luke Bambridge and Dominic Inglot in the first round of the men's doubles at the French Open.

The Liverpudlian brothers were broken just once in each set, reuniting as a partnership at Roland Garros for the first time since 2019, where it was announced that Neal would partner Murray.

Ken, 38, has never been past the second round but Neal, 31, reached the quarter-finals last year, with Murray.