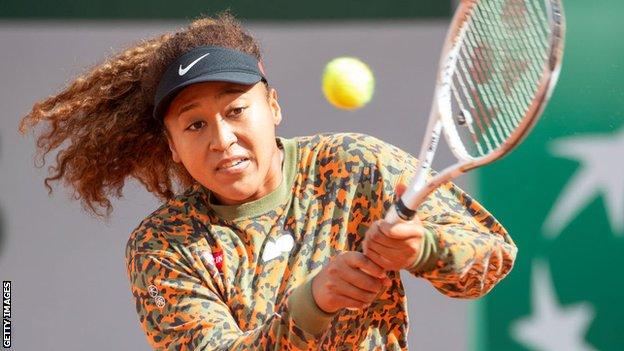 Naomi Osaka will not take questions from the media at the French Open, citing the impact of news conferences on the mental health of players.

Japan's four-time Grand Slam champion, 23, said expecting players to answer questions after a defeat amounted to "kicking a person while they're down".

The world number two has won two Australian Open and two US Open titles but is yet to win at Roland Garros.

The French Open gets under way in Paris on Sunday, 30 May.

"I've often felt that people have no regard for athletes' mental health and this rings true whenever I see a press conference or partake in one," Osaka said.

She added the decision was "nothing personal" against the tournament and that she hopes the "considerable" fine she expects to receive will go to a mental health charity.