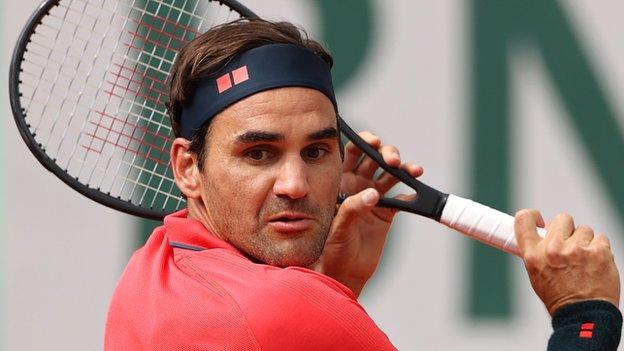 Swiss eighth seed Roger Federer regained his composure during a heated battle with Croatia's Marin Cilic to reach the French Open third round.

Top seed Novak Djokovic produced a focused performance to reach the third round for a 16th consecutive year.

Djokovic will face Lithuania's Ricardas Berankis, ranked 93rd in the world, in the last 32.

The 18-time Grand Slam champion is aiming for a second title in Paris to follow up his sole win in 2016.

Defending champion Rafael Nadal plays his second-round match in the night session on Chatrier, taking on France's Richard Gasquet for the right to face British number two Cameron Norrie in the next stage.

While the Spaniard has won a record 13 titles at Roland Garros and is the favourite for another, he is seeded third behind Djokovic and Russia's Daniil Medvedev because the seeding system is based on the current world rankings.

Federer 'surprised' by level after seeing off Cilic 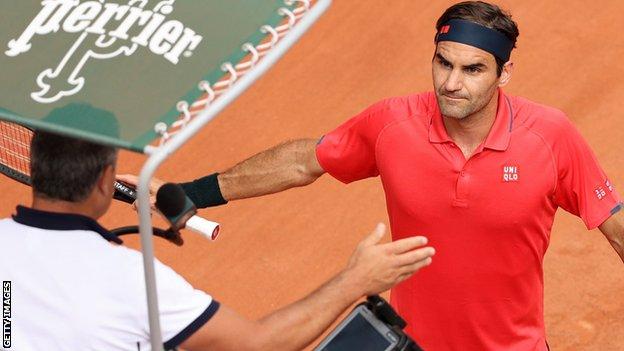 Cilic complained Federer was taking too long to get his towel between receiving points, leading to the Swiss being warned by umpire Emmanuel Joseph and then having a long discussion about it

If Djokovic does lift the Coupe des Mousquetaires on 13 June, the world number one will close the gap on Nadal and Federer in terms of Grand Slam victories to one.

All three players find themselves in the same half of the Roland Garros draw – the first time that this has happened at a major tournament.

Having barely played since the 2020 Australian Open following two knee operations, Federer has been keen to dampen expectations on only his second visit to Roland Garros since 2015.

The 20-time Grand Slam champion says he is focusing on being in prime shape for next month's Wimbledon – where he has won a record eight men's singles titles – although privately may harbour higher hopes of a deep run on the Paris clay.

After an impressive opening win against Uzbekistan's Denis Istomin, he faced a step up in quality against former US Open champion Cilic.

Other than in a ragged second set, where Federer lost his cool with the umpire after being warned for taking too long between points, the Swiss star played fluently throughout and looked to be moving well.

"I was a bit surprised by the level I played because I didn't play so much lately," said Federer, who faces 59th-ranked Dominik Koepfer of Germany next.

"I was a bit on and off, but I served well in the tie-break. I am very pleased with the result."

Business-like Djokovic 'staying in the moment' 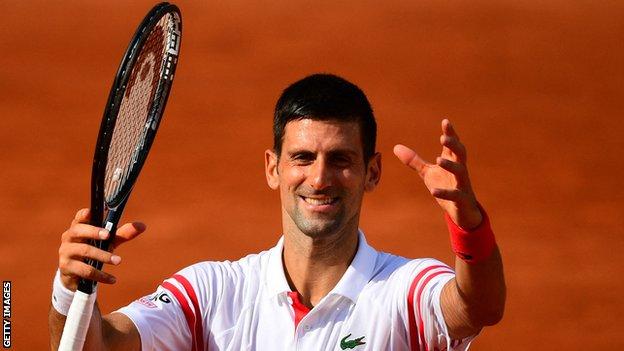 Djokovic has made no secret of his desire to overhaul his great rivals in the race to finish with the most men's major titles and, so far this week, has cut a tense figure.

Stern-faced throughout his opening win against Tennys Sandgren, Djokovic had a similar emotionless expression as he raced into a two-set lead against Cuevas.

The 35-year-old Uruguayan is a clay-court specialist known for his variety and there was an early warning for Djokovic when Cuevas broke his serve for a 2-1 lead in the opener.

That sharpened the Serb's focus, however, and he responded by winning 10 of the next 12 games.

Djokovic served precisely and powerfully throughout the second set, but came under more pressure from the creative Cuevas at the start of the third set.

Four break points were saved by the top seed in his opening two service games of the third set, leading to a rare show of emotion as he accused a noisy spectator of trying to disrupt him during his serving motion.

A cute drop-shot sealed a 3-1 lead, with the Serb flashing a steely glare at the person in the stands who had upset him.

From that point, Djokovic was rarely troubled on serve and sealed victory with an ace out wide on his first match point.

"I stayed concentrated. I thought the third set was very difficult for me because he lifted the level of his game," said Djokovic, who stared again at the same fan after taking match point and then breaking out into a broad smile.

"It's a cliche to say 'day by day', but it's very important for me to stay in the moment."