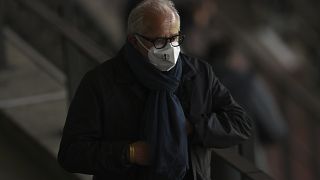 The President of the German Football Association (DFB) has resigned one month after comparing one of the organisation’s officials to a Nazi-era judge.

Freisler, as a participant in the Wannsee Conference of 1942, was one of those responsible for organising the Holocaust and issued around 2,600 death sentences to opponents of the Nazi regime.

The comments prompted state and regional officials to express a vote of no confidence in Keller’s leadership.

The former President had indicated that he would step down from the role last week after having an apology rejected by Koch.

“I am taking personal responsibility for my lapse at the executive committee meeting on 23 April 2021, which is to remain the sad low point of the DFB’s desolate leadership situation,” Keller said in a statement.

His resignation comes ahead of an expected ruling by a DFB ethics panel.

Koch, who is a judge at a court in Munich, and another vice president, Peter Peters, will now be joint interim presidents of the DFB for a transitional period.

The change of leadership is anticipated to change the fortunes of the DFB which has been embattled in a power struggle for months.

Keller, who had been in office since 2019, is the latest of four recent DFB presidents to leave office amid scandal.

“The DFB has to change,” Keller said in his statement, “it has to regain its credibility, confidence in its integrity and its strength.”